Even Now, Our Leaders Are Still Putting Their Faith in the Rich 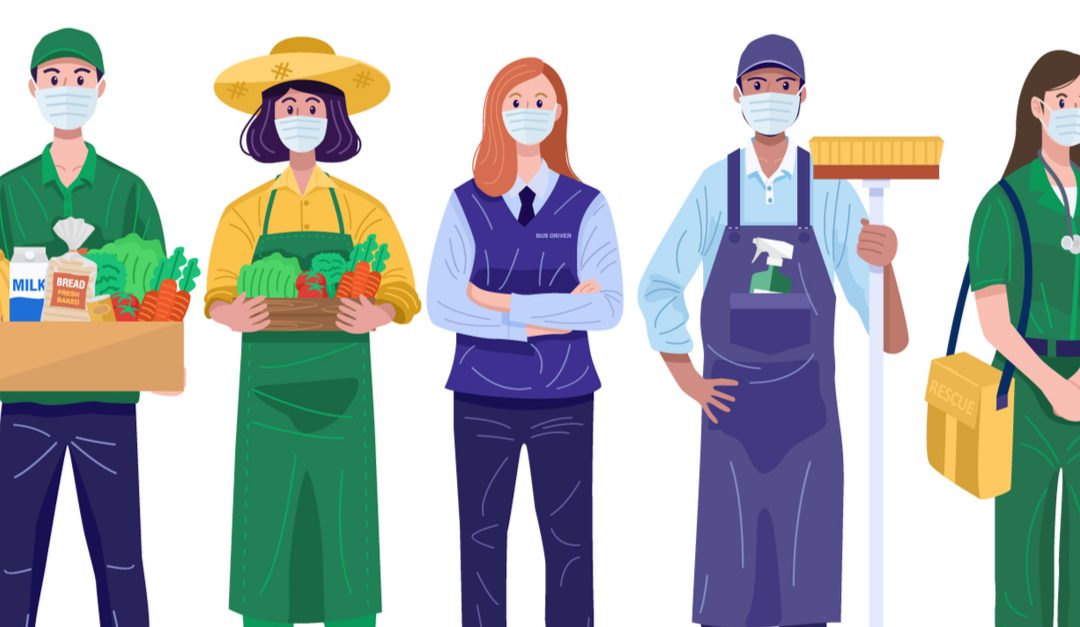 The COVID-19 pandemic has revealed fundamental inequalities in this country.

With millions of us hurting — especially the poor and people of color — there’s been widespread public support for bold government action to address long-standing social problems. Unfortunately, our lawmakers haven’t met the overwhelming need to focus on the poor and frontline workers.

Instead, trillions of dollars have been released to financial institutions, corporations, and the wealthy through low-interest loans, federal grants, and tax cuts — all without securing health care, wages, or meaningful income support for the unemployed. This is all unfolding as we enter the worst recession since the Great Depression.

As Callie Greer from the Alabama Poor People’s Campaign reminds us, “This system is not broken. It was never intended to work for us.”

It is easy to see how this plays out in policies that directly favor Wall Street, corporations, and the wealthy. But we see it even in policies that appear to be more liberal and equitable.

The CARES Act, for example, provided free testing for coronavirus, but not treatment. It offered unemployment insurance for some who’ve lost their jobs, but not living wages for those still working. It identified essential workers, but didn’t secure them essential protections.

The failure to fully care for workers and the poor is the flip side of the belief that the rich will construct a healthy economy out of this crisis. We see it directly as politicians slash money from public programs during this crisis while refusing to touch the accumulated wealth of the few.

In New York state, Governor Andrew Cuomo passed an austerity budget that will cut $400 million from the state’s hospitals. In Philadelphia, Mayor Jim Kenney revised the city’s five-year budget to include government layoffs, salary cuts, and cuts to public services. Neither Cuomo’s nor Kenney’s budget made the proactive decision to tax the wealthy.

The same is true in Washington state, where Governor Jay Inslee has been cutting hundreds of millions from state programs, anticipating major declines in tax revenue. This in a state that’s home to two of the wealthiest people in the world, Jeff Bezos and Bill Gates.

Of course, the rich are not the driving economic force in the country. It has become crystal clear during this pandemic that poor people, including frontline workers, actually fuel this economy. “We may not run this country,” said Rev. Claudia de la Cruz back in 2018, “but we make it run.”

But now we see the early rumblings of people coming together to assert this reality and challenge our faith in the rich.

Health care workers, students, child care givers, food service workers, big box store employees, delivery drivers, mail carriers, and others are taking action to call out gross inequities and organize our society differently. Demands to cancel rent and to secure housing for all, universal health care, living wages, guaranteed incomes, and the right to unions are being heard all across the country.

Meeting these demands would not only secure the lives and livelihoods of millions of people — it would begin to release our economy from the suffocating grasp of the wealthy and powerful. Instead of waiting for wealth to trickle down, we would revive our economy by raising up the poor.

When you lift from the bottom, everybody rises.

Shailly Gupta Barnes is the Policy Director for the Kairos Center and the Poor People’s Campaign: A National Call for Moral Revival. This op-ed was distributed by OtherWords.org.

« In a Pandemic, Military Spending is an Extravagant Waste