Don't Use the Budget to Shut Out Refugees! 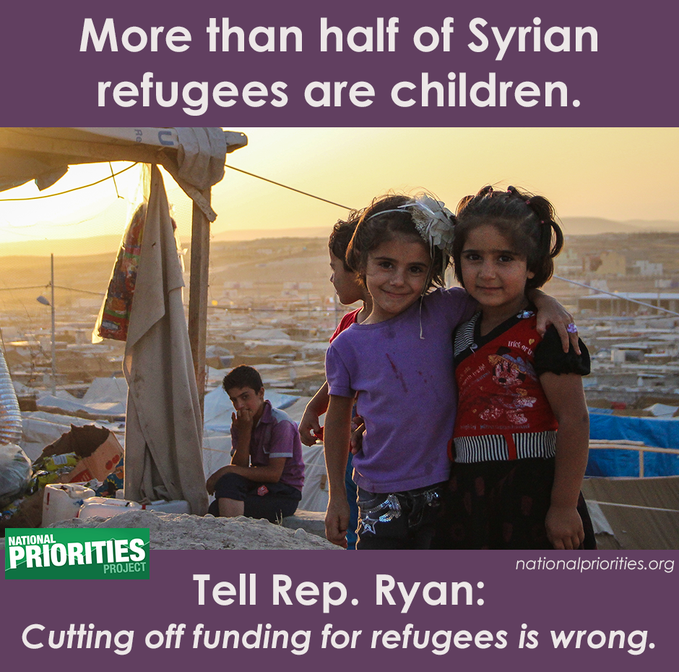 What’s the key to Representative Paul Ryan’s proposal to shut out Syrian refugees?

Proposed legislation would cut off funding to process Syrian refugees, leaving them out in the cold.

Polls show that Americans are concerned that allowing Syrian refugees may make us less safe. We can’t let fear make this decision for us. We must consider the facts:

We are a nation of immigrants and refugees. We do not need to close our doors to the world’s most desperate women, children and men.

Sign our petition to let Congress know that shutting off funding to Syrian refugees does not represent your values.

You may receive periodic e-mail updates from National Priorities Project. You may unsubscribe at any time.