Beating swords into plowshares or wind turbines & solar panels: We could have done it

Yes, the United States could be generating 100% of its electricity from renewable energy if we had used the money spent on our ill-advised wars in the Middle East to build wind and solar systems, as well as battery storage, here at home.

[...] The National Priorities Project calculates that the wars in the Middle East since 2001 have cost $4.9 trillion, a sum that continues to rise. The Watson Institute for International and Public Affairs at Brown University estimates $5.9 trillion through Fiscal Year 2019. Their latest estimate raises that to $6.4 trillion through FY 2020.

To paraphrase Senator Everett Dirksen, “A trillion here, a trillion there and pretty soon it adds up to real money.” 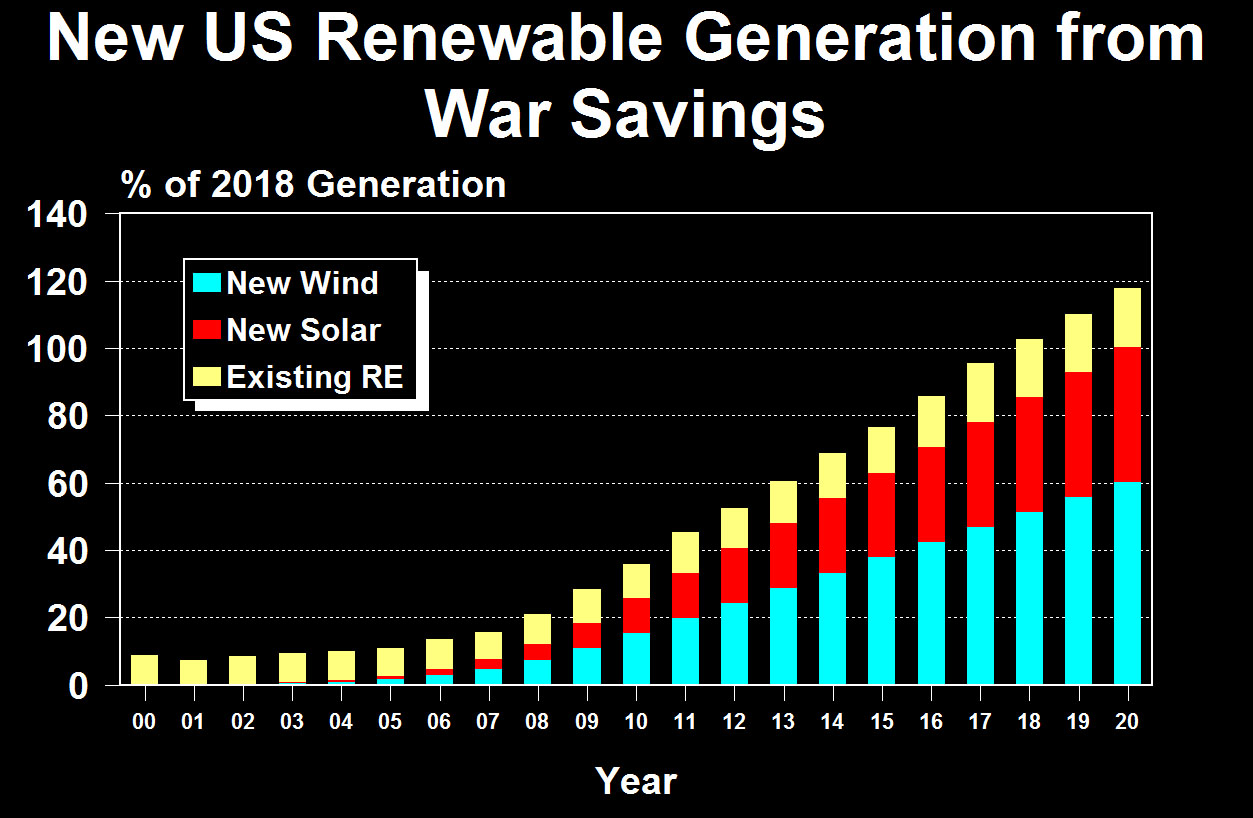 For a sense of perspective, one billion is 1,000 million. Thus, a trillion is one million million. That’s a one with twelve zeros behind it–a very big number.

We made no attempt to match the annual costs of the wars to the deployment of wind and solar. Again, we kept it simple. We simply prorated the costs over two decades with the exception explained below.

Freehling’s simple spreadsheet model assumes ramping up installations from a low base over a decade to reflect the necessity of scaling up manufacturing to meet the demand. Then he held installations constant for another decade until he reached 100% renewable generation from wind and solar. If we had started in 2001, the whole conversion would be accomplished by 2020.

Shockingly, there was a lot of money left over.

[...] If we had instead invested the $6 trillion we squandered on war in the Middle East, we would, two decades later, have made our grid more resilient with battery storage, and be generating 100% of our electricity with wind and solar. Moreover, existing sources of renewable energy would be sufficient to power a substantial portion of our passenger cars with clean, renewable electricity.

What a lost opportunity.