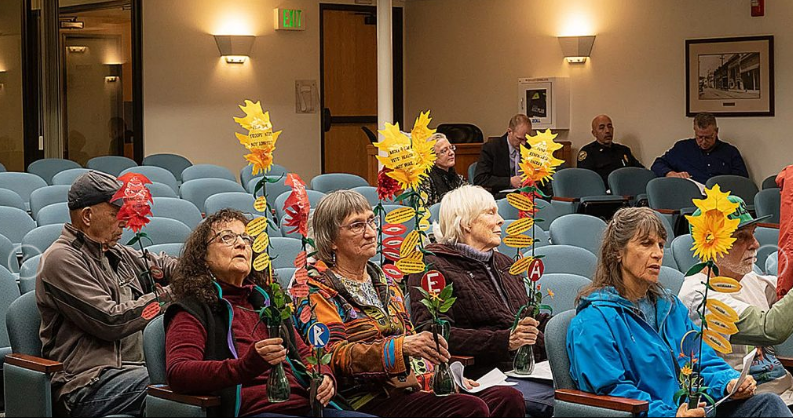 There’s a group of Nevada County residents waging a local fight against what they see as a national military industrial complex.

For the past several years, a group of persistent seniors has lobbied local governments to adopt a peace budget resolution, asking federal and state authorities to re-prioritize government spending on people-centered programs and away from military expenditures.

According to Paula Orloff, a proponent of the non-binding peace budget resolution, the resolution would ask Congress to redirect a portion of military spending to social needs and environmental causes. Although group members don’t necessarily expect the federal budget to change even with the support of local government bodies, they say the symbolism and autonomy in making a stand against federal budget priorities is important in itself.

While some opponents may naturally say the money is needed to make sure the military is properly funded, the majority of military spending does not go toward U.S. military personnel.

In 2018, 24 cents of every tax dollar Americans paid went to military spending. Of that, fewer than five cents went toward funding American armed services personnel while 12 cents went toward military contractors, according to the National Priorities Project — a nonprofit organization that states it’s “fighting for a U.S. federal budget that prioritizes peace, economic security and shared prosperity.”

Read the full article at The Union.