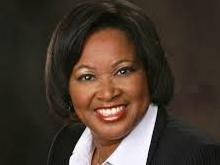 Today, 14 states catapult to the forefront of national political attention as Democratic contenders for president rally for a national stronghold. As South Carolinians with an early primary date, we’re familiar with this process and what it means for our country. Primary season is the time for us to articulate our priorities as residents of both our state and country and to urge that our future leadership take note. While the candidates have ambitiously taken on many pressing issues impacting South Carolinians, there’s another thing I encourage them to address: an excessive Pentagon budget that prioritizes weapons over the needs of those who serve.

I am an ardent supporter of service members and veterans in our community. I ran my campaign with these constituents at the forefront of my mind and I continue this work every day in my role as a state legislator on the Medical, Military, Public and Municipal Affairs Committee. I am also a policymaker with an eye for strategically investing in human potential and programming. It is clear to me that there needs to be an assessment and conversation regarding the reallocation of billions of dollars to the Pentagon. It is evident we need more Pentagon oversight while we are maintaining our security and ensuring that everyone’s needs are met.

The Pentagon can’t account for how it’s spending its allocations and failed its first-ever audit last year, a process mandated by Congress and conducted by an independent entity. The Trump administration continues to request higher and higher figures, pushing our total level of predicted Pentagon spending up to $738 billion in 2020. This means that our government spends more on war-related funds than it does on education, federal courts, affordable housing, local economic development and the State Department combined, according to an analysis by the National Priorities Project.

We know this extra money isn’t going to those who serve. Adequately prioritizing our service members would mean investing in pay raises and career advancements, bolstering existing physical and mental health services, and ensuring that veterans have access to affordable education, housing, child care and other essential support services upon returning home. Instead, the Pentagon’s price tag is driven higher by things like the F-35 aircraft which does not function properly, according to independent reports and the Pentagon itself; the Overseas Contingency Operations fund (an off-book account that some refer to as a “slush fund” as it allows Congress to overstep caps on defense spending); and other billions in waste that the Pentagon’s own inspector general has identified and recommended be cut.

In my work as a public servant, I focus on the stories of constituents striving for full, rich lives and I work to enact policies that can provide that reality. From families seeking adequate health care and medical support, to students hoping to receive a quality education, to every single one of us with an invested interest in the health of our planet, it is my responsibility to support allocating resources toward solutions. And I am particularly passionate about providing services and care to veterans in our community.

Recent polling by YouGov and Data for Progress indicates that I’m not alone on this issue. In October 2019, a survey of 1,000 registered voters revealed that a majority of Americans want to see money reallocated from the Pentagon toward domestic priorities like health care or the environment. A whopping 2 out of 3 Democratic primary voters share these sentiments.

There are numerous proposals floating around that the candidates could draw from: A report by the Sustainable Defense Task Force suggests at least $100 billion in annual Pentagon cuts, while the Poor People’s Campaign issued a Moral Budget recommending at least $350 billion in annual cuts, and a coalition of 25-plus national organizations called People Over Pentagon urges $200 billion in cuts annually that could save the U.S. government $2 trillion over the course of a decade.

Now is the time to begin the conversation about how to pay for our priorities. By determining the impact of freeing up billions of dollars in the Pentagon budget, we may be able to fund other needs like education, housing and child care without minimizing the important work of our service members in times of war. This conversation is necessary sooner rather than later, and if an assessment deems it feasible and advisable, let’s reallocate this funding toward other citizen needs.

As South Carolina passes the baton to 14 states in today’s primary, I and many others eagerly look to the presidential candidates for their thoughts on this issue. Instead of funding endless wars without thought to long-term strategy and creating redundant weapons systems, we could reinvest this money in our common livelihoods. Cutting and reinvesting wasteful Pentagon spending will ensure that we have what we need as a country and spend it wisely without sacrificing security or placing undue burdens on our communities. It is critical that the next president acts in alignment with the real needs of South Carolinians and all Americans by committing to a budget that reflects our priorities.

Read the full article in The Post and Courier.