We Can’t Rely on Just the Military 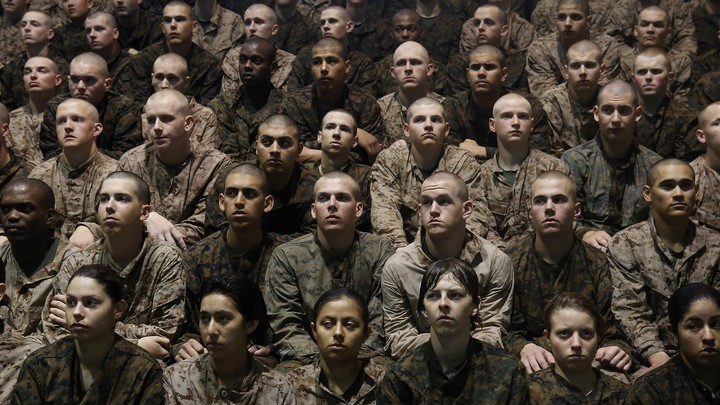 The predicament the U.S. finds itself in is akin to that of someone who buys plenty of pricey body armor and weaponry and boldly sets out for battle, only to fall into a dark hole. Suddenly, the armor and weapons are of no use. What he really needs is a sturdy ladder and a flashlight.

As Ashik Siddique, a military-spending researcher, pointed out to me, in 2019 the U.S. government allocated about $750 billion for national defense and about $8 billion for the Centers for Disease Control and Prevention. “That’s almost 100 times as much preparing for war as preparing for pandemics and disease outbreaks,” said Siddique, who works with the National Priorities Project at the Institute for Policy Studies, a progressive think tank.

Those lopsided investments are now painfully evident. Siddique noted that Trump took until the end of March to begin (gingerly) using the Korean War–era Defense Production Act to force companies to produce and distribute essential medical supplies for addressing COVID-19.

The Defense Department “is now prioritizing the manufacture of ventilators and personal protective equipment,” but these could still take weeks to reach “medical professionals, because of delays in coordination between the Pentagon and federal agencies … about which equipment should be manufactured,” Siddique said. At that point, the pandemic may have already peaked in many places.

DOD “hands out over $364 billion a year in private contracts, about half its entire budget, and claims a workforce of 140,000 acquisition professionals that could have been put to work much sooner on steering many more of these contracts with defense firms to produce necessary medical supplies,” he continued. “If the Defense Production Act had been invoked back in February, large-scale industrial production of ventilators and masks would have begun with weeks to spare.”

Read the full article at The Atlantic.