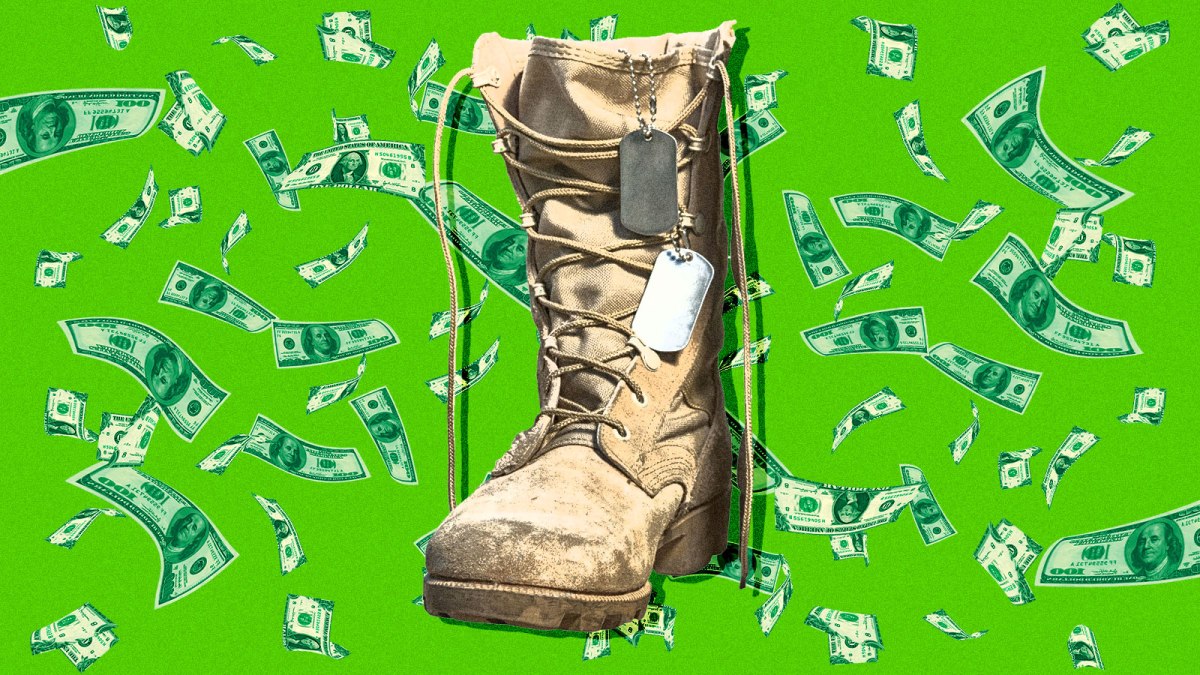 With an annual budget of $700 billion and climbing, the military has bought some seriously fancy planes. Take the F-35 fighters, with a price tag of $100 million per plane. Known as the Joint Strike Fighter, it’s the Pentagon’s most expensive weapons program yet, expected to cost $1 trillion over its lifetime. Then there’s the Navy’s newest aircraft carriers: The ships have a toilet problem requiring “specialized acids” that run $400,000 a flush.

Imagine if all that money had been spent on stockpiling ventilators and efforts to stop pandemics before they started.

In the “war” on coronavirus, the U.S. military has assumed a key role in responding to the pandemic, sending ships to help overburdened hospitals in New York City and Los Angeles, bringing millions of N95 masks out of its reserves, and getting to work on a coronavirus vaccine.

But America’s military was designed for blowing things up and moving things around (logistics!), not necessarily saving lives. Those hospital ships, for instance, were built for treating injuries from combat, making them imperfect vessels for containing infectious diseases. Experts have criticized the military’s COVID-19 response as sluggish, with ventilators and masks coming too late.

The military, despite its best efforts, is not the best tool for taking on a raging public health crisis. That’s a job better suited for the Centers for Disease Control and Prevention, the Department of Health and Human Services, and state and local agencies. “We want to be the last resort,” Defense Secretary Mark Esper told the Associated Press in March. The military isn’t supposed to get too involved in domestic affairs — the United States declared independence from Britain, after all, over frustrations with soldiers’ unwanted presence in the daily lives of colonists.

If federal discretionary spending were a pie (yum!), you’d definitely want to want to pick the piece labeled “Defense,” taking up over half the pie. Overpriced weapons have consumed federal spending for decades, depleting funding for areas like public health and climate change. A recent primer from the National Priorities Project at the Institute for Policy Studies, which lays out the many connections between climate change and the military, focuses on how funneling trillions of dollars into “defense” has left the country unprepared for other shocks. If anything, with its gigantic carbon footprint, the Pentagon has made climate change worse.

The federal government’s discretionary spending is lopsided. The United States spends more money on its military than the next 10 countries combined, for instance. Compare the Pentagon’s $700-billion-plus budget with what the country spends on other threats we face. It’s almost 100 times more than the money spent on preparing for pandemics and disease outbreaks. (Congress gave the CDC a little less than $8 billion for 2020.) It’s 270 times more than on energy efficiency and renewable energy, according to the National Priorities Project.

The Pentagon has been talking about the dangers of climate change for decades, and much more candidly than Congress or the White House, said Lorah Steichen, Outreach Coordinator at the National Priorities Project and a coauthor of the report. When it comes to taking on climate change, however, the military is mainly concerned with improving its own ability to cope with the effects. As seas rise and temperatures heat up, the Pentagon is moving its military bases, building sea walls, and staking out land in newly accessible parts of the Arctic.

The Department of Defense also consumes a ridiculous amount of greenhouse gases. If the Pentagon were its own country, it would emit more carbon dioxide than most nations, beating out Sweden, Denmark, and Portugal. While the military has been slowly shrinking its carbon “boot print” over the years, moving troops and fighter jets still burns through an astronomical amount of fuel. It’s the biggest greenhouse gas emitter of any government agency on the planet, according to a report from Brown University’s Costs of War project, and has emitted more than 1 billion metric tons of carbon dioxide since 2001.

“The U.S. military is often framed in the national interest, the best interest of American people,” Steichen said. “But it’s pretty clear that military operations are tied to protecting the economic interests of the fossil fuel industry.” She pointed to studies that oil is the leading cause of war globally, estimated to be the primary contention for between a quarter and a half of wars between countries over the last half-century.

For people who want to see government action on the climate crisis, labeling it a “national security threat” is tempting, given its potential to submerge cities, amplify migration and unrest, and supercharge hurricanes and wildfires. The label could be seen as a way to redirect the already-robust military funding to a better cause and push policymakers to take the crisis more seriously.

But Steichen said that this framing has a hidden cost. “In reality, this militarized framing just invites a search for military solutions,” Steichen said. The risk is that the federal government just funnels more money into the military, rather than into solutions that could address our public-health and climate crises at their root.

Read the full article at Grist.