Time to 'Reinvest in People' and 'Cut Weapons of War': Barbara Lee Unveils Plan to Cut Up to $350 Billion From Pentagon 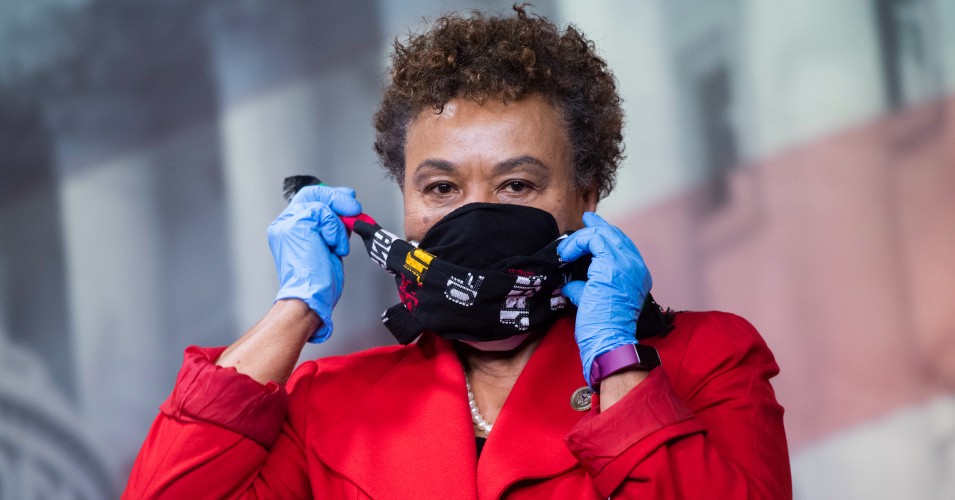 "Redundant nuclear weapons, off-books spending accounts, and endless wars in the Middle East don't keep us safe," the California Democrat said in a statement. "Especially at a time when families across the country are struggling to pay the bills—including more than 16,000 military families on food stamps—we need to take a hard look at every dollar and reinvest in people. It's time to cut weapons of war and prioritize the well-being of our troops, anti-poverty programs, public health initiatives, and diplomacy."

Lee's resolution (pdf) comes as the House of Representatives is scheduled to begin marking up the National Defense Authorization Act (NDAA) for fiscal year 2021 next week. The Senate version of the NDAA calls for $740.5 billion in military spending, a budget Sen. Bernie Sanders (I-Vt.) has proposed cutting by 10%.

"We cannot continue to prioritize funding for a department known for its waste, fraud, abuse, and failure to pass an audit," said Lee, "especially when the money to 'protect national security' is failing to protect our most vulnerable citizens."

"Congress supports moves to reduce the priority given to war in our foreign policy and our current war-based national economy by using significant cuts, up to $350,000,000,000 as detailed above, from current budget plans, while using the funds to increase our diplomatic capacity and for domestic programs that will keep our Nation and our people safer," the resolution reads.

Lee's office noted in a press release that the Pentagon's budget for fiscal year 2020—$738 billion—was the "largest on record" and came "at the expense of healthcare, education, infrastructure spending, and public health research."

"For years, our government has failed to invest in programs that actually keep our country safe and healthy," said Lee. "By over-prioritizing the Pentagon and military solutions, our country is drastically underprepared for any crisis that needs a non-military solution."