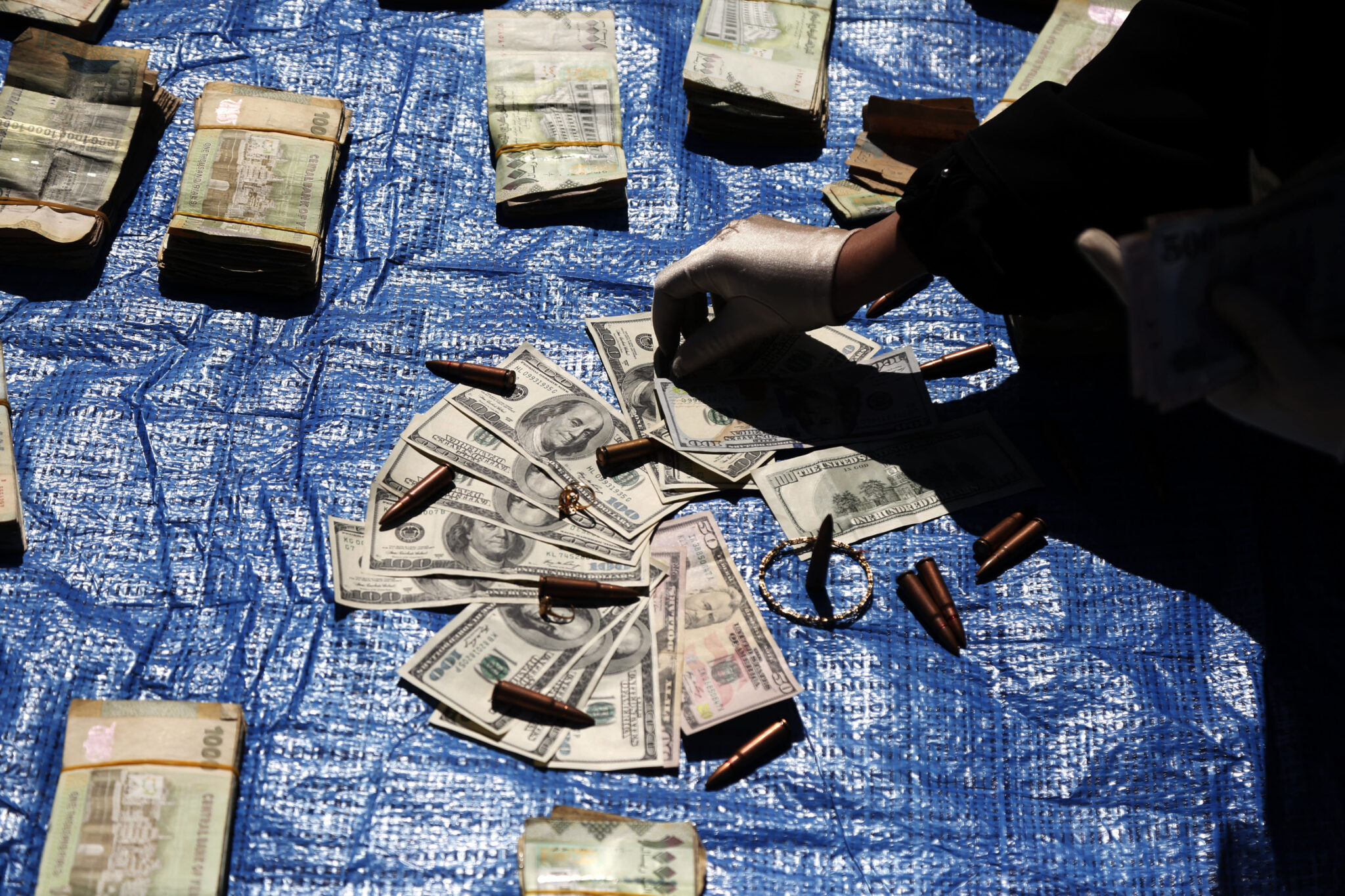 For decades in the United States, the military budget has been sacred for both parties: nothing gets in the way of maintaining U.S. hegemony. While bitter debate may erupt over other forms of federal spending, and any other bill runs the risk of becoming a political football, the annual National Defense Authorization Act (NDAA) is usually a drama-free display of bipartisanship followed by a Presidentiel rubber-stamp.

2020 was different. In the last month of a most atypical year, amid a second spike in the COVID-19 pandemic, and in the aftermath of widespread uprisings for racial justice, President Trump vetoed the NDAA for reasons that were baldly racist. He objected to a symbolic gesture that would rename military bases with Confederate names, and self-servingly, insisted on a provision that would remove legal protections for tech companies from liability over content posted by users on their platforms, so they can no longer censor posts they don’t like—like his own.

For very different reasons, a bipartisan minority of senators led by Senators Bernie Sanders then threatened to hold up the NDAA veto override as collateral in the fight to force a vote on $2,000 stimulus checks to the public. Ultimately, both measures were defeated on New Year’s Day by large majorities in the House and Senate. The Pentagon got its $740 billion budget, and the public missed maximal economic relief amid the ongoing spike in COVID-19 cases.

The NDAA has only been vetoed by a President five times since the first one in 1961, most of them easily resolved quibbles over how particular assets were allocated. The last time was in 2015, when President Barack Obama vetoed the bill in order to lift spending caps on both military and non-military spending, against Republican efforts to only do the former— and his rhetoric was very much in terms of properly funding the military.

One upshot of Trump’s veto is that the military budget is finally being politicized, after many years of stultifying consensus that rendered it untouchable against even symbolic objections. These maneuvers failed this time against bipartisan majorities, but perhaps a process has finally begun of treating the NDAA like any other bill, not a sacred object that must pass at literally any cost.

In microcosm, these two fleeting efforts to stall Pentagon funding reflect alternate tendencies through the Trump years to reckon with a thoroughly, unsustainably militarized global order. On the right, the neoconservative consensus has grown into a reactionary desire to revitalize the racism and exclusionary violence that has been subdued in recent decades but is foundational to the United States, and on the left the progressive movement is fighting to redistribute the vastly unequal wealth within this nation to serve the public good.

With these two diverging paths, the danger is that Biden simply attempts a return to a pre-Trump status quo or—to “build back better” without thoroughly re-evaluating U.S. military policy. But that status quo is what led to Trump and can’t last in an era of ongoing, intensifying crises that demand fundamental shifts in federal budget priorities.

Therefore, an organized left must take stock of strategic cleavages to push for military spending cuts in the near term, and lay the groundwork for major long-term transformation of U.S. policies away from militarism and imperial domination of the rest of the world, and toward social and ecological repair.

This article is part of a series “On the Precipice: A Progressive Agenda in the Biden Era.”