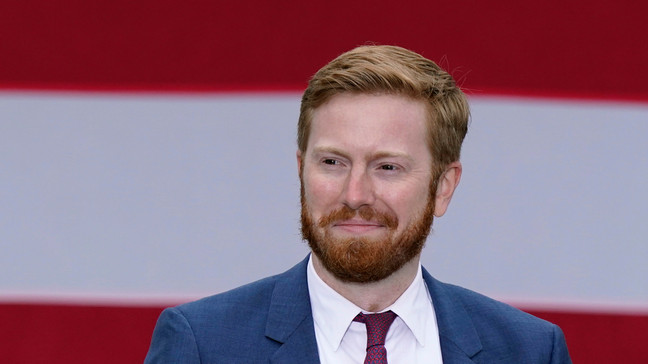 WASHINGTON (SBG) — Millennials who were just kids on 9/11 are now old enough to hold office. Research shows they're likely to see the world much differently than older generations because of their formative age at the time of the attacks.

“Said that a plane had hit the World Trade Center and then as soon as we get to the next class, it was on TV," Meijer said.

Meijer said it seemed like that was the moment the world shrank.

“It was the sense that anything happening half a world away, even if it’s on the other side of multiple oceans, this is still something that can come home that can be immediate, that can be felt," Meijer said.

He went on to serve the Army in Iraq and work for a nongovernmental organization in Afghanistan. Two wars, two financial crises, and rising costs of housing, health care and education, Meijer said, made for a tumultuous time to grow up.

“So it’s understandable that you’d want to try to make sense of the world, try to make some order and also approach the world with a bit more humility, just knowing how much uncertainty is out there," Meijer said.

Meijer said in the years following 9/11, he started to see the United States' military actions differently than he and many others did in the years immediately after the attacks.

"It became very clear that we had over stretched ourselves, that there was deception, that there was incompetence. That image we had of the country that could do anything, at least when it came to nation building and foreign adventurism, it turned out to be a mirage," Meijer said.

According to surveys by Pew Research Center, Millennials are less likely than Gen Xers or baby boomers to think it's important for the United States to have global military dominance.

Millennials also tend to view American actions abroad as "ineffective at best and to exacerbate problems at worst," as is explained in a report from the Reagan Foundation.

It's a sentiment Rep. Sara Jacobs, D-Calif., who was 12 on 9/11, exemplified last week when she was one of two lawmakers on the House Armed Services Committee to vote against increasing the Pentagon budget by $24 billion.

“It’s as if we’ve learned nothing from the past 20 years. We need to have an honest conversation about the Pentagon budget," Jacobs told the committee.

In August after Kabul fell to the Taliban, Jacobs told CNN, “You can’t teach values or democracy at the barrel of a gun.”

In the progressive Institute for Policy Studies' new report "State of Insecurity: The Cost of Militarization Since 9/11," author Lindsay Koshgarian analyzed the $21 trillion spent on military, veterans, homeland security and federal law enforcement during the past 20 years.

“We have completely failed to adjust to anything else that’s going on around the world," Koshgarian said. “For less than a quarter of that, we could have had a fully renewable decarbonized electric grid.”

Koshgarian said she is not confident current leaders in the White House and Congress are willing to do this but has faith in millennials.