$21 trillion for 20 years of war: But no money for human infrastructure? 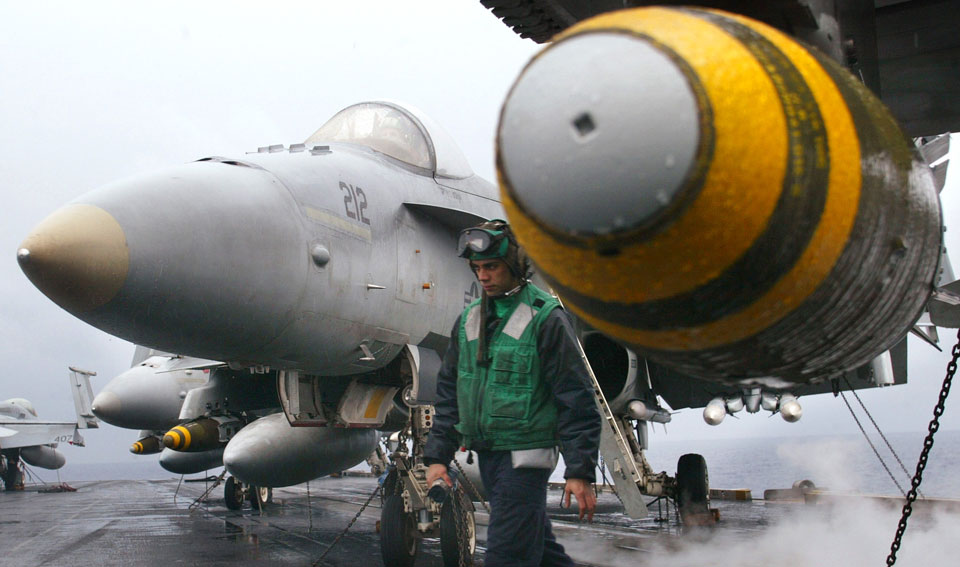 Since Sept. 11, 2001, the U.S. has spent a mindboggling $21 trillion on foreign and domestic militarization. Meanwhile, the entire Republican Party and a handful of centrist Democrats are trying to block or whittle down a $3.5 trillion human infrastructure bill that covers the next ten years because, they say, the nation can’t afford it.

The actual cost of the “Global War on Terror,” as calculated in damning reports by the Brown University Costs of War and National Priorities Project, was briefly spotlighted after the U.S. exit from the 20-year debacle in Afghanistan before being swamped by the political battles in Washington.

In addition to the terrible and tragic human toll—over 900,000 killed and 38 million displaced—the U.S. military has spent $16 trillion on foreign operations, occupation, and nation-building in 85 countries, or nearly half the countries on Earth, since the start of the Afghan war. In addition, the government spent $3 trillion on veteran’s health care and benefits and nearly another $1 trillion on Homeland Security.

The actual cost is likely higher since the deaths reflect only people “directly killed.” And the “forever wars” continue in Yemen, while the cost of health care for U.S. veterans through 2050 is $2.2 trillion more.

And, of course, this being capitalism, somebody got very rich. Over $7 trillion of that total went to military contractors, and a third of that figure went to a handful of the top military corporations in an increasingly monopolized sector. Today, Microsoft, GM, and Amazon are major military contractors.

Military spending increased 70% between 2000 and 2010, and returns on military corporation stocks were fantastic when the rest of Wall Street’s returns were flat. “Stocks in the top five defense companies that were worth $10,000 when the “War on Terror” began are worth nearly $100,000 today, versus only $61,000 for the overall stock market,” said the NPP report. Meanwhile, the average pay for enlisted personnel was $10.20 per hour.

What is now being called the military-industrial-congressional-media complex—in alliance with the fossil fuel industry and other reactionary sectors of U.S. capital, and led by a GOP president and Congress—rammed through these expenditures by whipping up fears and exploiting grief following the terrorist attacks on the Twin Towers and Pentagon. Anyone who questioned the expenses at the time was labeled “unpatriotic” and accused of being “soft on terror.”

The American people have also suffered severe consequences. Cutting domestic spending and leaving the social safety net and the nation’s infrastructure in tatters were justified by the need for high Pentagon budgets. The U.S. people are even less safe, however, because the existential threats now come from the climate crisis, the nuclear danger, and global pandemics.

Twenty years have been wasted in the fight to transition to green energy and begin the process of healing the planet. An estimated $4.5 trillion could completely decarbonize the U.S. energy system, $1.7 trillion could wipe out student debt, $2.3 million could create vie million new jobs at $15/hour with benefits, and $25 billion could vaccinate the world’s population against COVID-19, according to the NPP.

At $725 billion annually, the U.S. military budget is immense. The Pentagon budget comprises 60% of all federal expenditures, according to Peace Action. Militarization grips all aspects of the U.S. economy and society, and every congressional district receives ample funding, making it hard to disentangle.

The U.S. spends more on the military than the next 11 countries combined, including operating a far-flung network of 800 military bases and supporting 220,000 U.S. troops worldwide. In addition, the U.S. military has embarked on a modernization of its nuclear weapons capability. Modernization will cost at least $1.5-$2 trillion over 30 years and is fueling a new global nuclear arms race. Not surprisingly, revised estimates have already risen due to cost (a.k.a. profit) overruns.

Biden’s decision to end the failed U.S. foreign policy based on occupation and nation-building was made over the objections of military brass but broadly supported by the American people. The shift offers the opportunity for a new and different kind of foreign policy not reliant on military might, but centered on global cooperation.

Biden is indeed advocating a new foreign policy “for the middle class” connected to “domestic policy” and tending to the glaring needs of the country. It is a policy pitched as being centered around building global cooperation to end the climate crisis.

If that’s the case, Congress should be redirecting military spending to domestic use. Biden’s original budget proposal called for only a slight increase in Pentagon spending. However, with the entire GOP and a few decisive votes of Democratic “centrists,” Congress is now working on a $40-billion increase in the Pentagon budget.

“At a time when the United States is withdrawing from wars abroad, we should be committed to cutting our defense spending now more than ever,” said Rep. Mark Pocan, D-Wis., has argued. “The FY22 NDAA should absolutely be lower than current spending levels, and in no way should it be even a penny more than what the Commander-in-Chief requested or what the House Appropriations Committee approved.”

Sen. Ed Markey, D-Mass., and Rep. Earl Blumenauer, D-Ore., introduced the SANE Act to cancel or severely reduce the modernization program and save $73 billion over the next decade. The legislation is backed by many peace and social justice organizations.

It’s clear the military-industrial-congressional-media complex is a corrupting and powerful impediment to any change and must be confronted directly. It comprises a chief pillar of the extreme right and neo-fascist bloc that has captured the Republican Party. It poses a threat to democracy and has a stranglehold on public policy.

“Defense contractors are ramping up PAC donations to Republicans who voted to overturn the 2020 presidential election results,” reports The Hill, “with funds flowing to lawmakers on committees that wield control over Pentagon spending.”

All told, the top five military contracts spent $1 billion lobbying for higher military spending between 2001 and 2020. Fifty-one members of Congress, including some Democrats, have investments in military contractors. The tentacles are everywhere.

And with the end of the post-9/11 foreign policy, some new external threat has to take the place of terrorism to justify massive military expenditures. However, that’s where the pressures for a “strategic competition with China” and a potential new Cold War comes in.

“Military corporations will be the primary beneficiary of any split (between the U.S. and China), and the greater the tension, the more money they make,” wrote Vitaliy Katsenelson on Marketwatch. “When you look at U.S. defense spending data over the past 70 years, despite the public perception that Republicans love defense and Democrats not so much, defense spending has actually been quite apolitical—the external environment (self-preservation) has determined our spending on defense.”

That’s not entirely true, since a growing bloc of Democratic representatives is advocating cuts in military spending, as shown by the bill introduced by Markey and Blumenauer. But a truism is that the more unstable the world, the better for the armaments industry. And top military contractors reported first-quarter earnings this year exceeded estimates because of the possibility of a new Cold War and continuing global instability.

General Dynamics Chairman and CEO Phebe Novakovic happily announced that the potential of the world becoming more dangerous was producing a “nice cadence continuing in terms of our orders.”

As with everything else, it will take the engagement of the vast majority of the American people to overcome these powerful forces, stop the existential climate crisis for humanity, and put the U.S. on a path for a peaceful, decarbonized, and democratic economy and society.