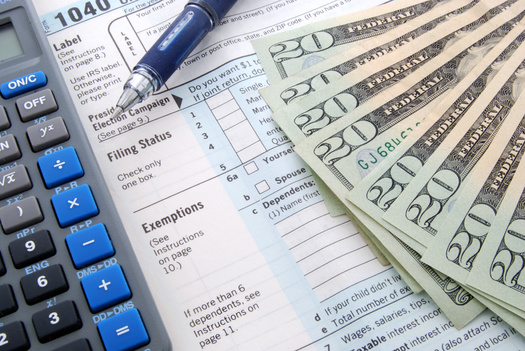 Tax Day is here, and whether you love or loathe it often depends on if you owe money to the government.

Perspective can change with a better understanding of how federal tax dollars are spent. Each year, the National Priorities Project breaks down what happens to the largest revenue source for the federal government: our income taxes.

Lindsay Koshgarian, program director for the National Priorities Project, explained spending for 2021 was a bit different from usual because of COVID-19.

"Healthcare is the single biggest expense, and a lot of that is for Medicare and Medicaid," Koshgarian pointed out. "But right up against it has been unemployment and aid to individuals. Normally the second-biggest expense is the military, but this year it's number three."

More than half of military spending goes to for-profit contractors, about $942 for the average taxpayer, compared to $173 for public K-12 education, $10 for foreign aid, $7 for homeless assistance, and $5 for renewable energy.

As the need for COVID-response funding dwindles, Koshgarian expects military spending to climb back up on the nation's 2022 tax receipt.

"Especially because President Biden has proposed a military budget that is higher than last year, which was higher than the year before," Koshgarian noted. "And all of them are higher than they were at the top of the Vietnam War. It's a cost that keeps going up and up."

While the IRS does not provide individual receipts to filers, Koshgarian added taxpayers can get a general idea of where their personal dollars are going, no matter where they live.

"Folks in different states tend to pay different taxes, depending on how high incomes are and things like that," Koshgarian stressed. "If you go to our website -- www.nationalpriorities.org -- you can go get your tax receipt for any other state that you'd like."