US claims it only sells 'defensive' weapons to Saudi Arabia. But does this distinction exist? 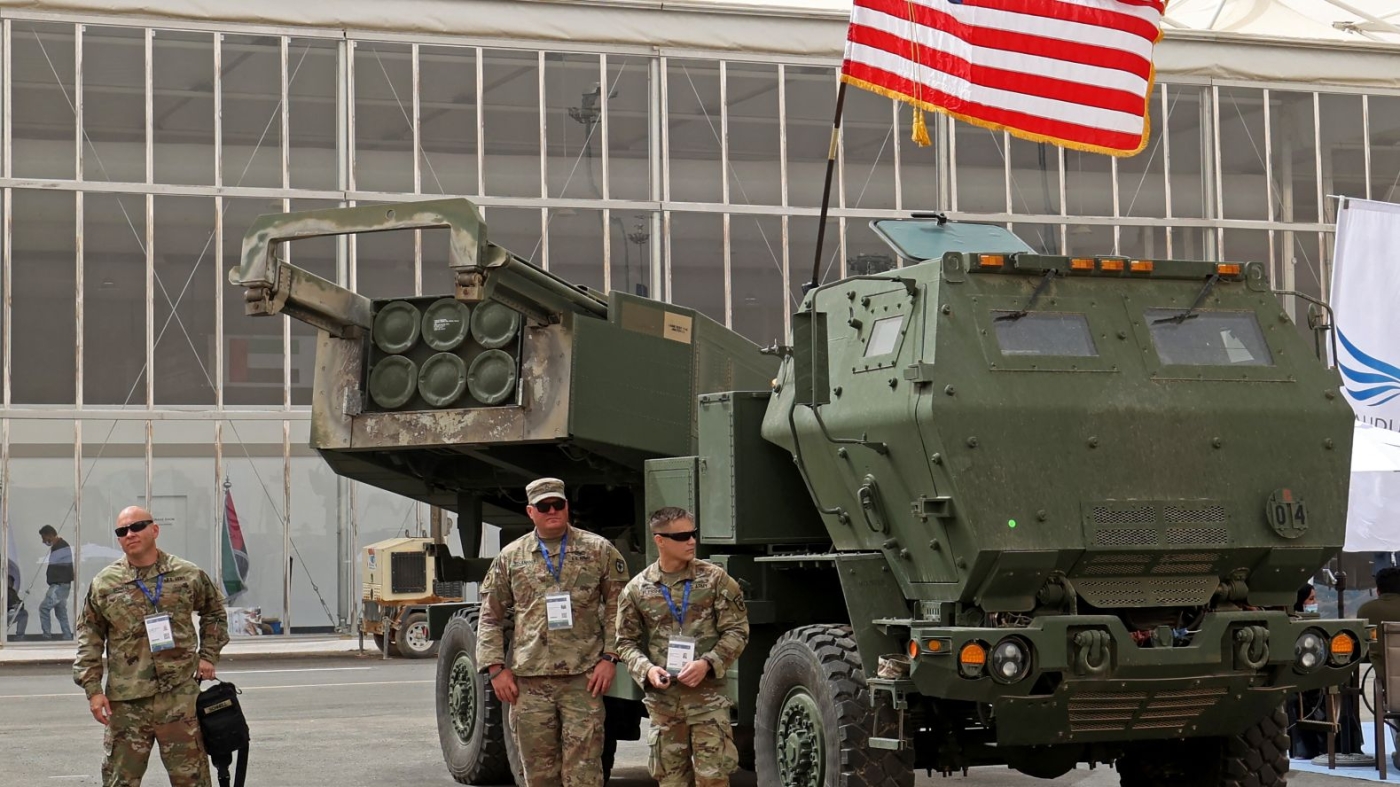 The Biden administration is reportedly deliberating the possibility of lifting its ban on offensive weapons sales to Saudi Arabia. But policy experts say the move would have "little meaning", as Washington has made no distinction between "offensive" and "defensive" arms deals and over the past year has continued to increase the sale of weapons to the kingdom.

"I have not seen any clear definition of 'offensive' vs 'defensive' weapons, and State officials told us there is not a documented definition," Jason Blair, director of international affairs and trade at the Government Accountability Office (GAO), told Middle East Eye.

One source told Reuters the administration had begun internal discussions about the possibility of removing Saudi weapons restrictions. However, others said the internal US deliberations are informal and at an early stage, with no decision on the horizon.

The sources stressed that no announcement was expected around Biden’s trip to Saudi Arabia this week and any decision would depend heavily on Riyadh's efforts to find a political settlement to the Yemen war.

Soon after entering office in 2021, Biden announced an end to US support for offensive operations in the Saudi Arabia-led coalition's war efforts against the Houthi rebels in Yemen, following the documented use of American-made weapons that kill civilians as well as the major humanitarian catastrophe caused by the war.

However, more than a year later, rights advocates, experts, and lawmakers have all raised questions about the nature of "defensive" versus "offensive" weaponry.

“My understanding is that the Pentagon and State Department have never had clear definitions of what was an ‘offensive’ vs ‘defensive’ weapon, and largely took Saudi Arabia’s word for what purposes weapons would serve,” Lindsay Koshgarian, programme director of the National Priorities Project, told Middle East Eye.

Meanwhile, arms sales to the kingdom continued, with the US approving a $650m sale to Saudi Arabia late last year.

“Neither the Pentagon nor State Department has evaluated how US weapons were in fact used or whether they were responsible for civilian deaths. All of this points to a US policy where declining sales for ‘offensive’ weapons may have little meaning.”

Then last month, GAO released a damning report saying that the US military has failed to evaluate the use of American-made weapons in the killing of civilians in the Yemen war.

In the report, the government watchdog also noted the State Department had no "specific definitions" as to what constitutes an offensive or defensive weapon, despite the Biden administration's announcement last year.

"Without knowing what weapons might be approved which would have not been approved previously, it’s hard to know the impact," GAO's Blair told MEE.

The State Department and Pentagon declined to respond to Middle East Eye's request for comment.

"I think that the GAO report acknowledges what many of us outside of government have been saying forever, that this distinction is a fake one," said Phyllis Bennis, director of the New Internationalism Project at the Institute for Policy Studies.

"There are really no defensive weapons that don't have offensive value."

Concerns over broader escalation with Iran

While the ban on "offensive weaponry" has not stopped weapons from flowing to Saudi Arabia, experts have raised concerns that the reports of lifting weapons restrictions come at the same time that the Biden administration is seeking greater cooperation between Gulf allies as well as Israel.

In addition to Biden seeking the normalisation of ties between Israel and Saudi Arabia - which is not likely to happen on his trip - there have also been reports the US administration has been drafting a plan for a security pact between the US and Gulf Arab countries.

This coupled with the lifting of certain weapons systems to Saudi Arabia - such as the precision-guided munitions the former Trump administration sold to Riyadh and the apparent setback in nuclear talks with Iran - would create long-term effects that could cause increased instability in the Middle East, according to Bennis.

"That could change the overall military/strategic calculations in the region - making war with Iran more dangerous, making the potential for an abandonment of any effort to rebuild the JCPOA more likely. It could be very, very dangerous even beyond the question of what might happen in Yemen," Bennis told MEE.

"Even if the ceasefire [in Yemen] does hold, the longer-term escalation is very, very serious."