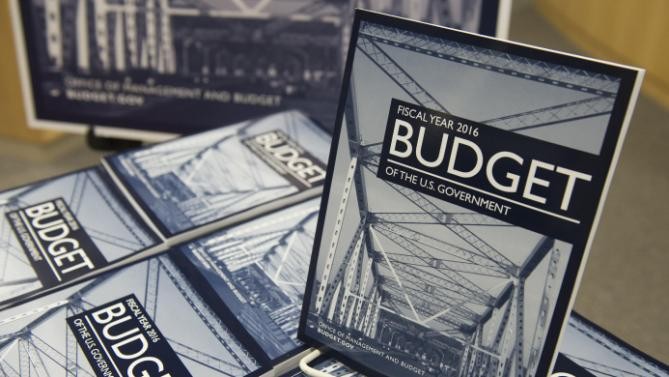 February 2, 2015 -- This morning, President Obama released a budget proposal for fiscal year 2016 that reflects many of the policy priorities voiced by the American public. The $4 trillion in spending would increase taxes on corporations and the wealthy while funding popular domestic initiatives like job creation, climate change, community college, and infrastructure investments - as well as dramatically increase spending on the Pentagon. The president's proposal would reduce the federal deficit by about $1.8 trillion over 10 years.

National Priorities Project (NPP), a research group that tracks federal spending, has released a statement reacting to the budget relative to the priorities of the American people.

"By busting through spending caps set by the 2011 Budget Control Act - and proposing new savings and tax initiatives to pay for them - the president is sending a signal to Congress that he believes this is not the time for austerity," said Doug Hall, Executive Director of National Priorities Project. "With public opinion in favor of investments that build economic opportunity for the middle class and strengthen domestic programs, this budget includes many policies that would be widely popular with Americans."

The president's $3.5 trillion tax plan would raise new revenue by placing limits on tax breaks for corporations and wealthy individuals, such as the capital gains tax and other loopholes. At the same time, it would bolster tax benefits for middle class and struggling families, including expanding the Earned Income Tax Credit to benefit an additional 13.2 million Americans.

"The vast majority of Americans favor tax policies that have corporations and the wealthiest paying their fair share in taxes," said Hall. "Obama's tax plan reflects that while expanding much-needed tax credits that benefit the struggling middle class."

The proposal also requests the largest base budget for the Department of Defense ever - coming in at $534 billion, a more than a seven percent increase over 2015. It would spend $10.6 billion alone for F-35 Fighter Jets, the most expensive, and most problem-plagued, weapons system in history.

The Department of Defense would receive an additional $51 billion for its Overseas Contingency Operations war fund, even in the face of widespread acknowledgement that the Pentagon uses this money as a "slush fund" for non-war activities.

"The Pentagon itself has identified areas where it could cut back on wasteful spending, yet this budget asks for even more than the Pentagon already has," said Hall. "The President has spoken about the importance of diplomacy before force, but the taxpayer dollars being allocated to war and military in this proposal do not appear to reflect that sentiment."

NPP will be releasing a complete scrub of the budget numbers as well as data visualizations in the coming days.

National Priorities Project (NPP) is a non-partisan, non-profit organization founded in 1983 that makes our complex federal budget transparent and accessible so people can exercise their right and responsibility to shape our nation's budget. In 2014, NPP was nominated for the Nobel Peace Prize in recognition of our pioneering work to track federal spending on the military and promote a U.S. federal budget that represents Americans' priorities. Learn more at nationalpriorities.org.