Taxes and Your Paycheck

Income taxes from people like you make up the single largest revenue source for the federal government, and on April 17, 2012, your 2011 income taxes are due to the IRS. If you work and get a paycheck, you’ve been paying taxes all year long, and April 17 is the day when you and the IRS compare how much you already paid with how much you actually owed. You can see how much you pay in federal income taxes each pay period by looking at your paystub.

Below is a sample paystub for a married person with one dependent who makes around $50,000 per year, or roughly the median income: 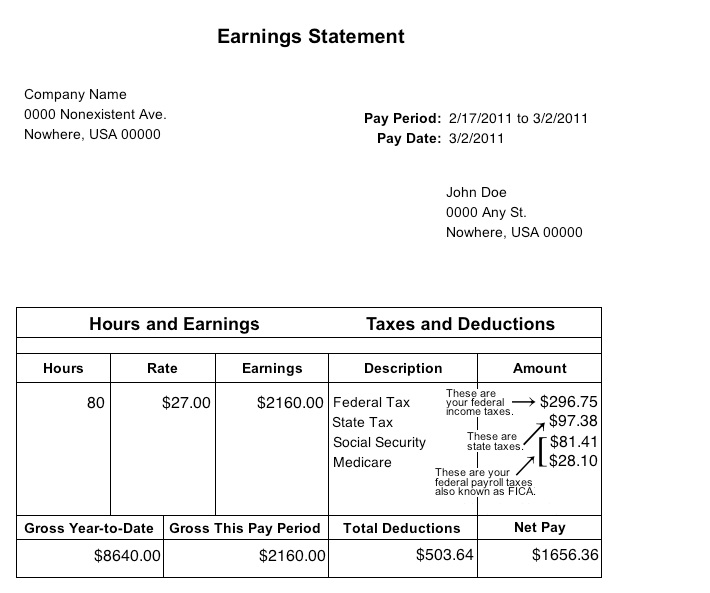 Some people will have to send a check to the IRS when they file their tax return in April, while other people will receive a check from the IRS—that’s called a tax refund. But even if you get a refund, that doesn’t mean you paid no taxes. In most cases it just means that over the course of the year you paid more taxes than you actually owed, so the IRS sends you the difference.

How Much of My Income Goes to Federal Income Taxes?

This chart shows tax rates as they apply to different levels of taxable income, and they determine how much you owe in federal income taxes. 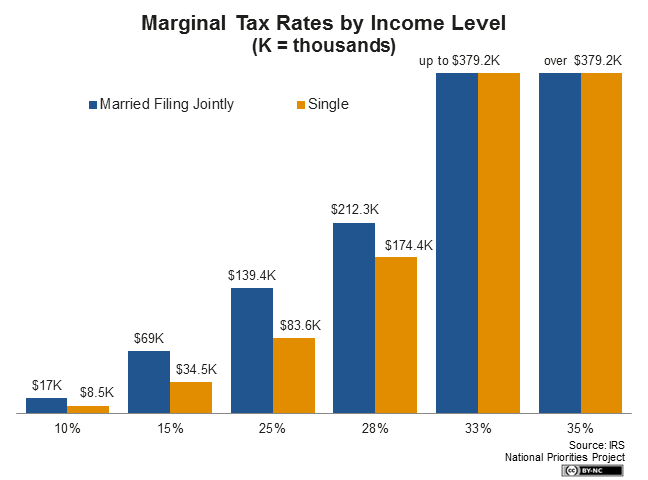 Do Some People Pay No Taxes At All?

Sometimes you’ll hear people say “Half of all Americans pay no taxes,” or something along those lines. But that’s a misnomer. Here’s why.

But that doesn’t mean those Americans pay no taxes. That’s because just about every wage earner, regardless of income level, contributes to Social Security and Medicare through payroll taxes, which are also called FICA, after the Federal Insurance Contributions Act. You can see those taxes on the paystub above. More than half of all taxpayers pay more in payroll taxes than they do in income taxes. In addition to Social Security and Medicare taxes, all people regardless of income level also pay federal excise taxes when they buy gasoline and a host of other items.