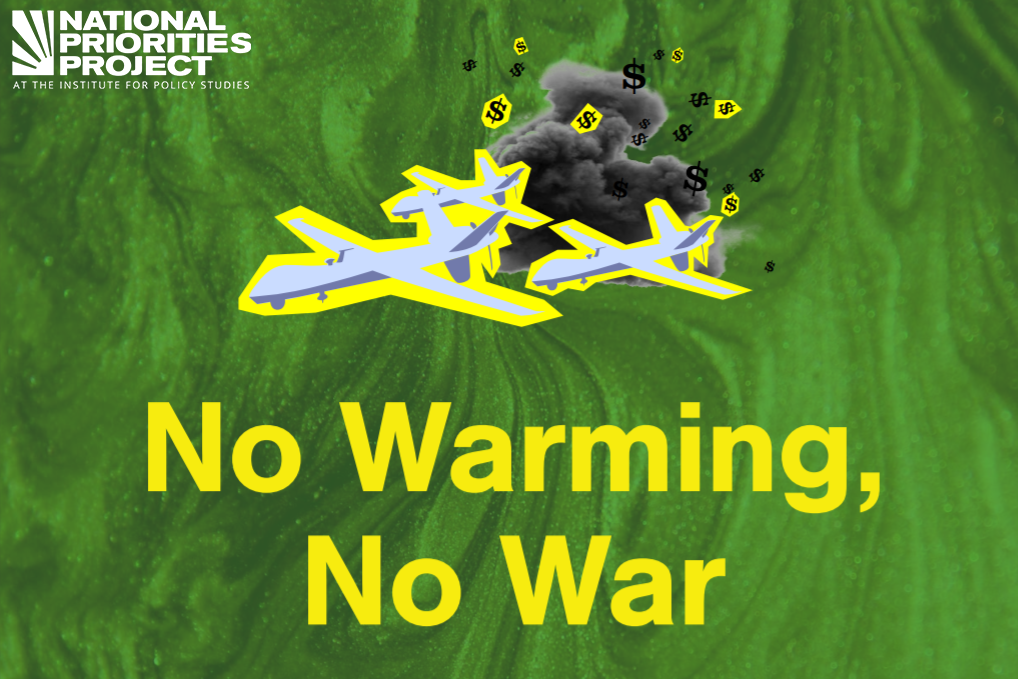 U.S. militarism degrades the environment & directly fuels the climate crisis. True climate solutions must have anti-militarism at the core.

In the face of both COVID-19 & the climate crisis, we urgently need to shift from an economy of war to a culture of care.

Check out the new "No Warming, No War" report from the National Priorities Project! 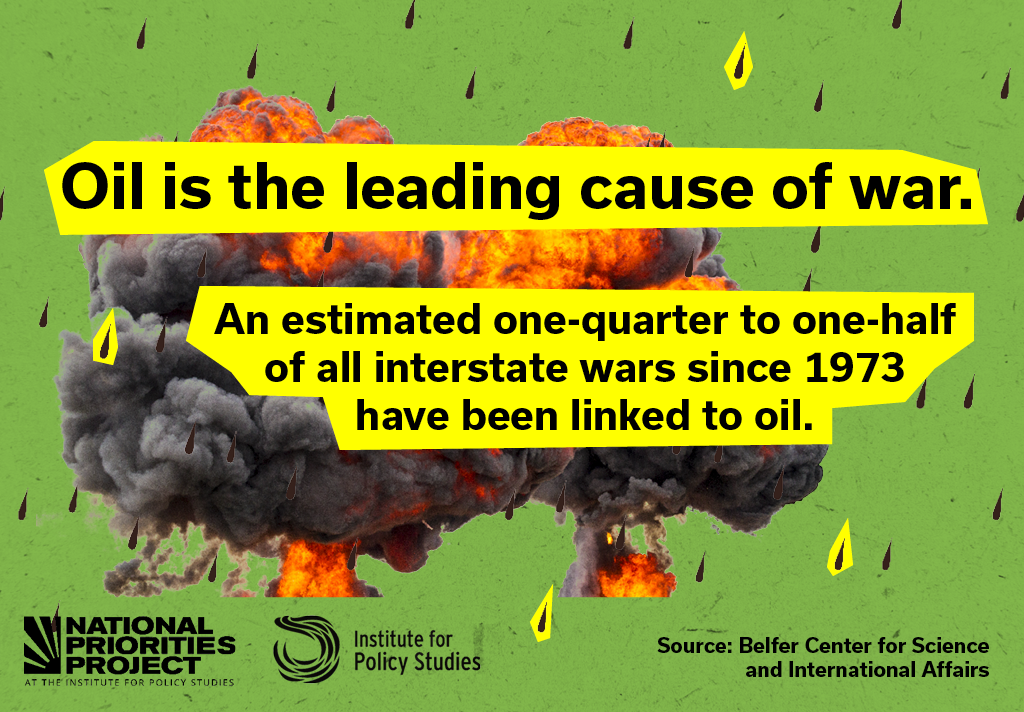 The U.S. has a well-known history of fighting wars for oil. At least a quarter of all interstate wars since 1973 were linked to oil, & the fossil fuel industry relies on militarization to uphold operations around the globe. 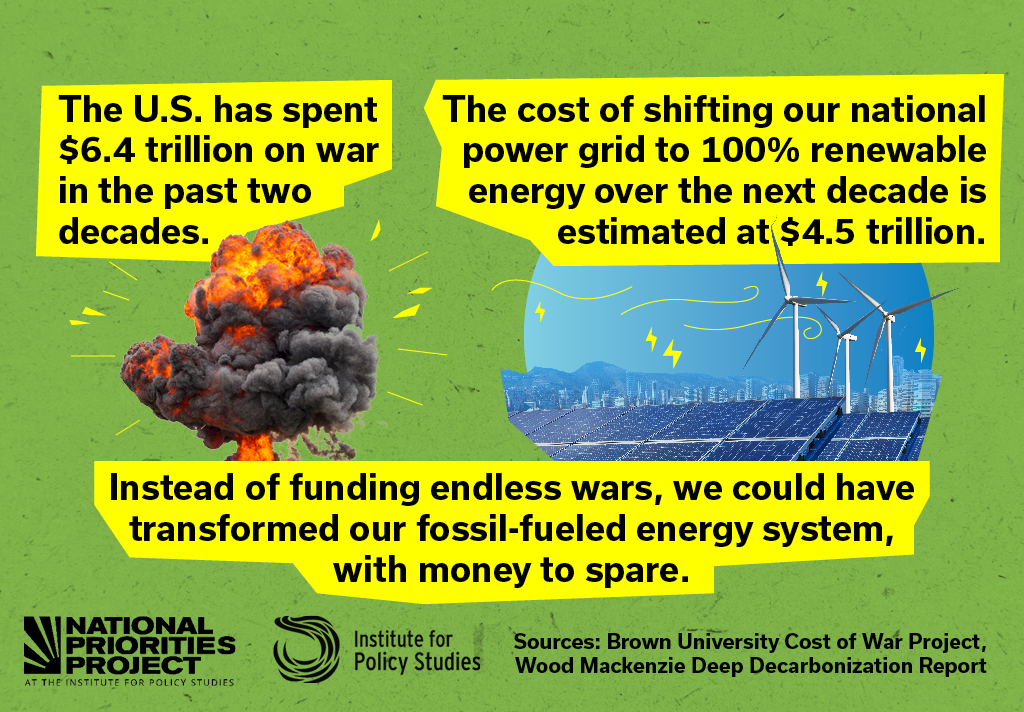 There’s no lack of funds for a Green New Deal. Our enormous military budget has warped our sense of what’s possible, tricking us into believing we can’t afford to improve our lives or keep our planet livable.

Instead of funding endless wars, we can transform our fossil-fueled energy system with resources to spare. 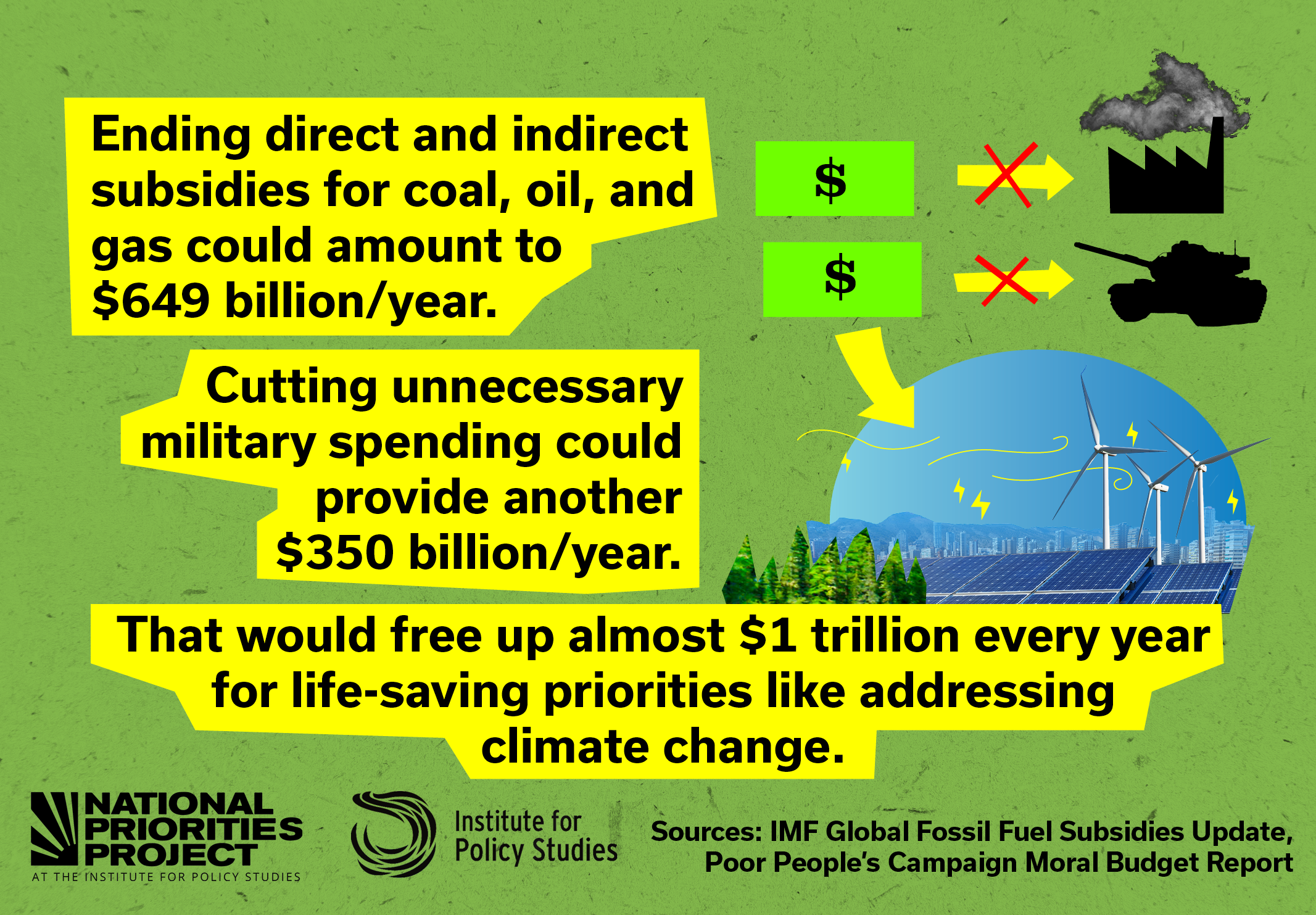 In the federal discretionary budget for 2020, the military gets $756 billion, 272 times more than for renewable energy, $2.7 billion.

That would free up almost $1 trillion every year for life-saving priorities like addressing climate change. We can more than afford to improve our lives & keep our planet livable for all. 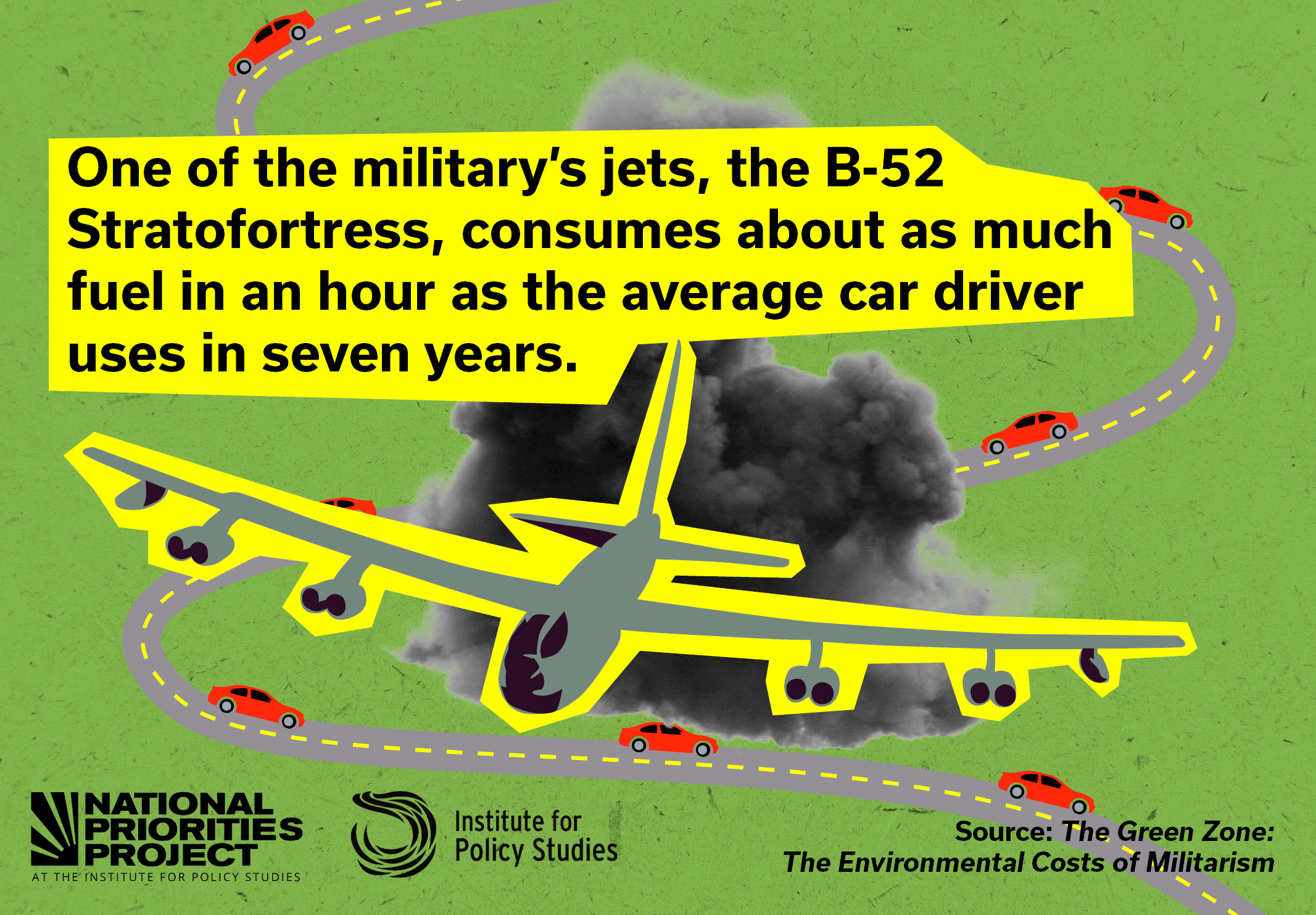 Warfare is an extremely carbon-intensive aspect of the United States’ militarized economy.

One of the military's jets, the B-52 Stratofortress, consumes as much fuel in an hour as the average car driver uses in 7 years. 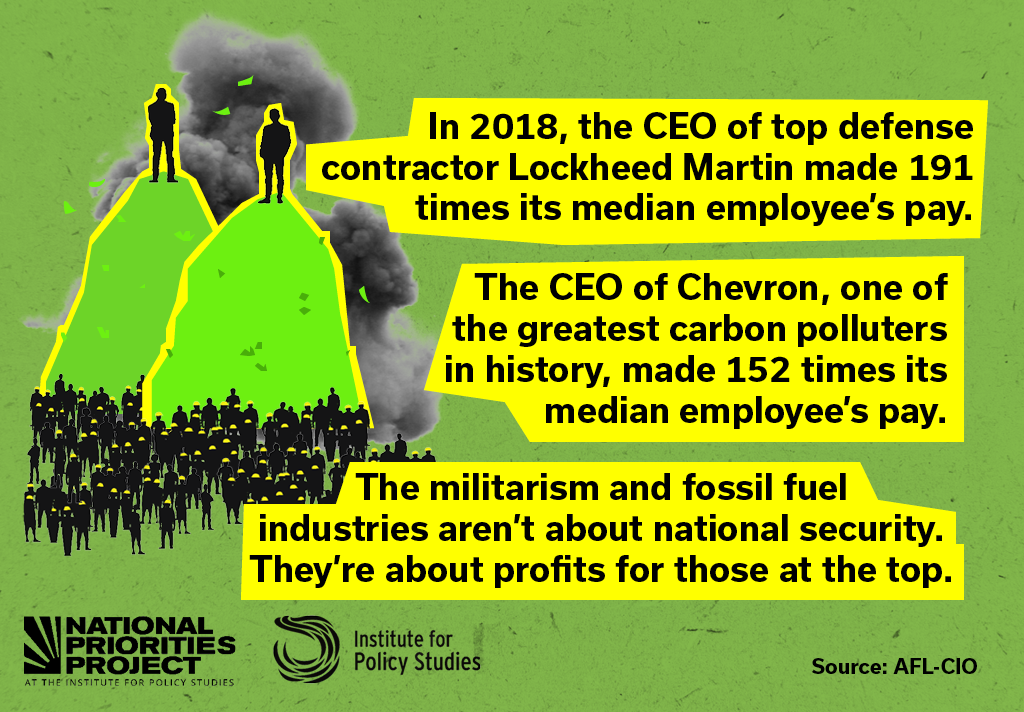 The militarism & fossil fuel industries aren't really about "national security"—they're about profits for those at the top. 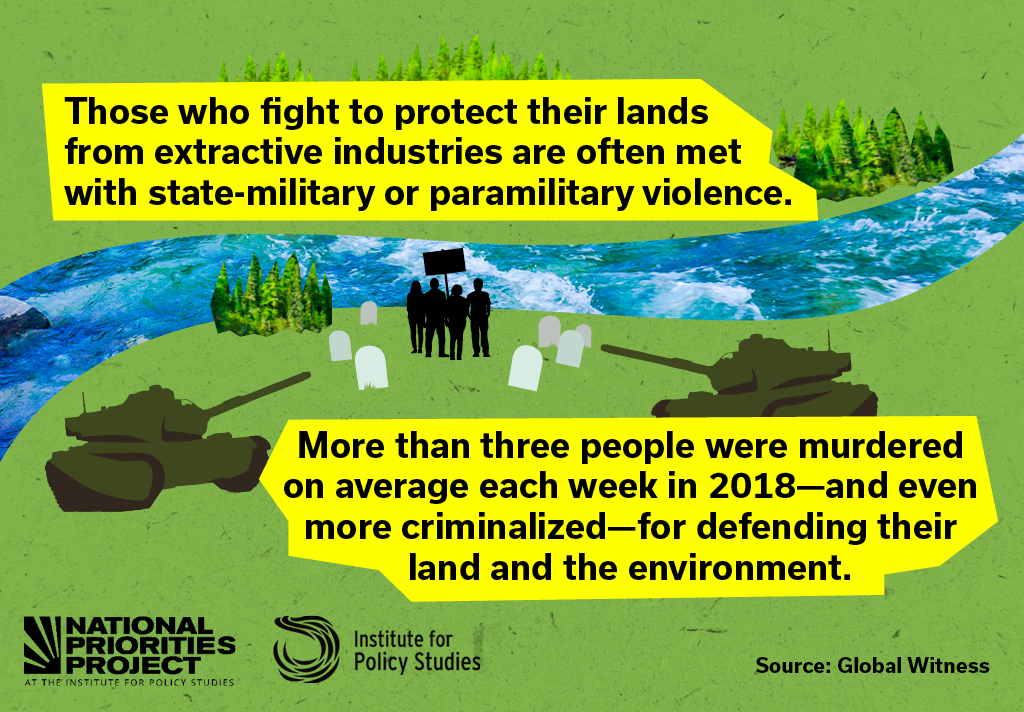 People have always resisted the exploitation of the extractive economy. Many are killed for it—more than 3 people were murdered on average each week in 2018, and many more criminalized—for defending their land and environment.

The threat of violence keeps the fossil-fueled economy running.

We need a just transition with anti-militarism at its core. 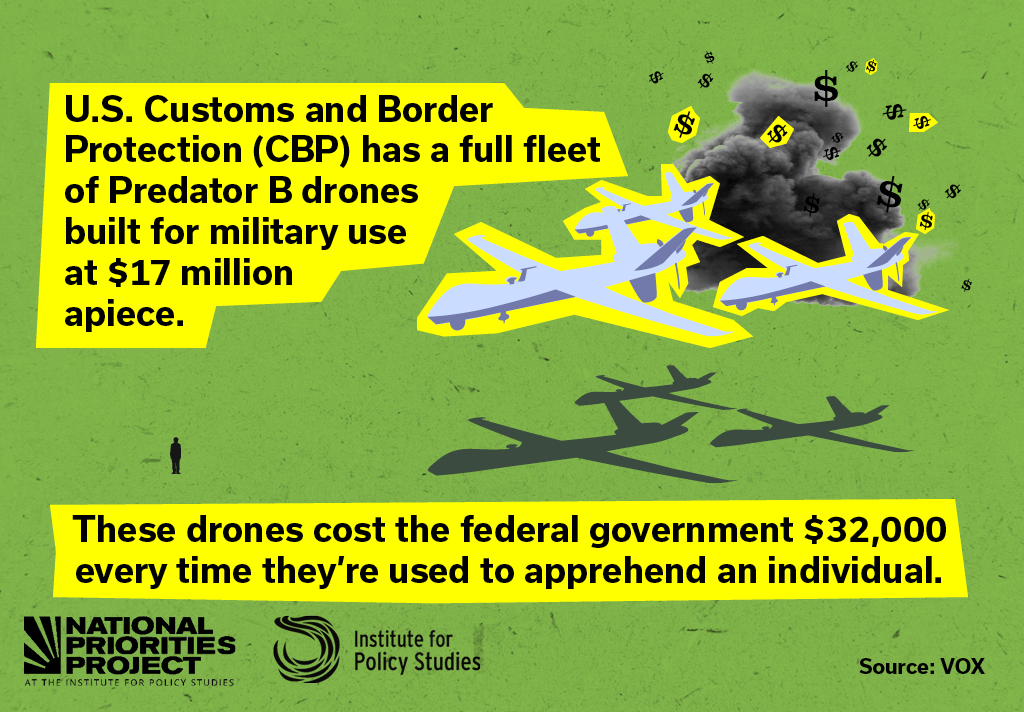 On a warming planet, migration is rising. Instead of responding with solidarity, the US is escalating border militarization while defunding climate solutions.

U.S. Customs & Border Protection (CBP) has a full fleet of Predator B drones built for military use at $17 million apiece. These drones cost the federal government $32,000 every time they're used to apprehend an individual.

U.S. tax dollars paid for $25 billion on immigration and border enforcement in 2020, nearly ten times the $2.7 billion in federal funding for renewable energy. That could have paid for 337,000 clean energy jobs instead.

Immigrant justice is climate justice, & militarism is in our way. 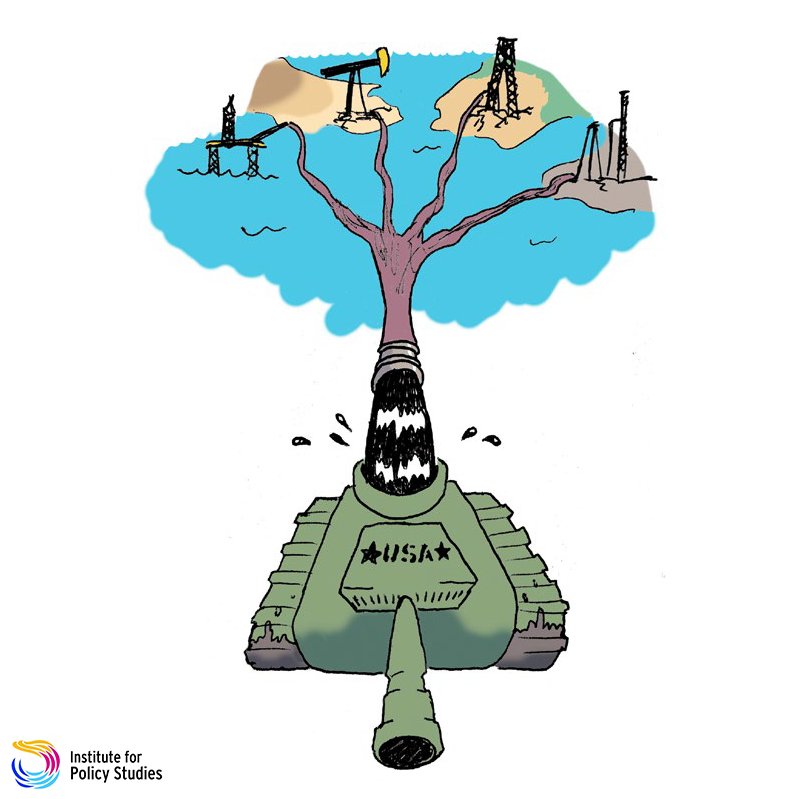 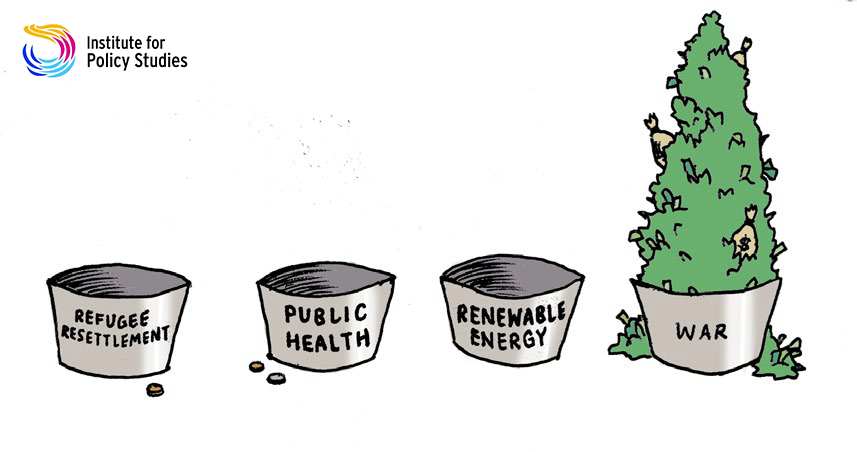 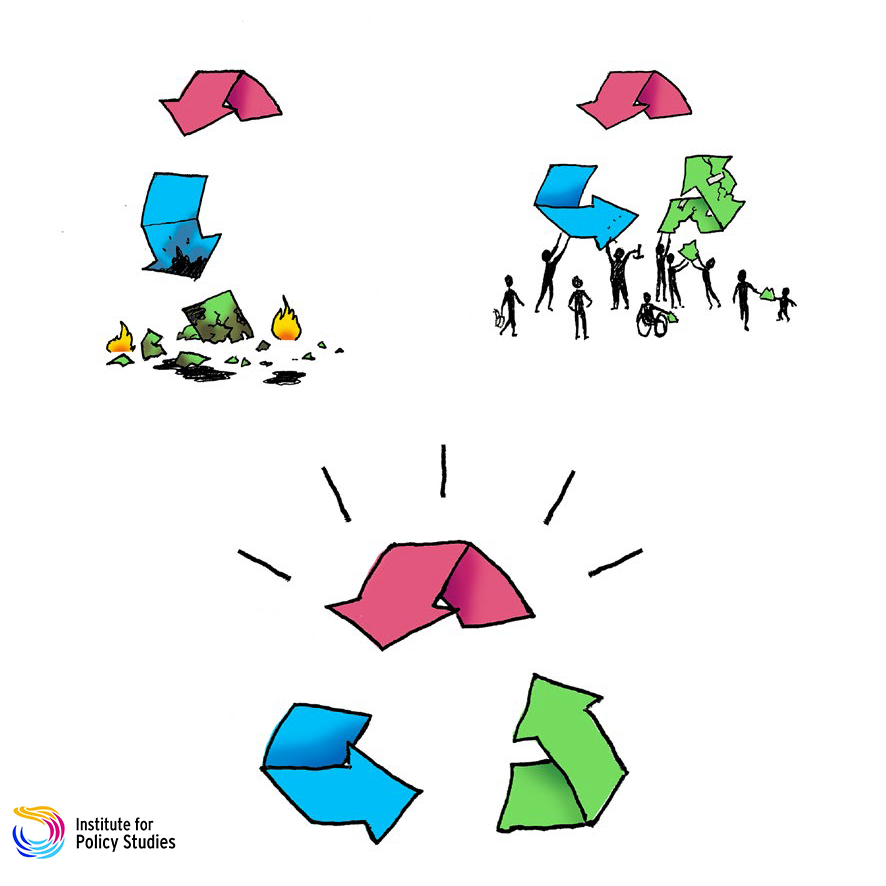 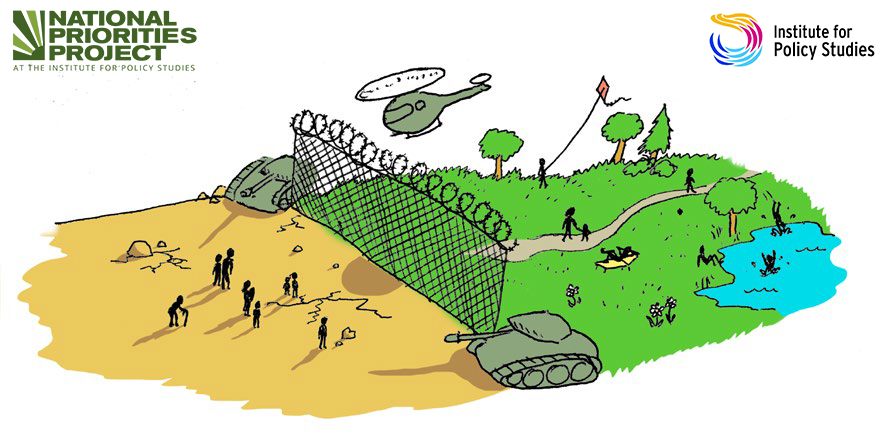 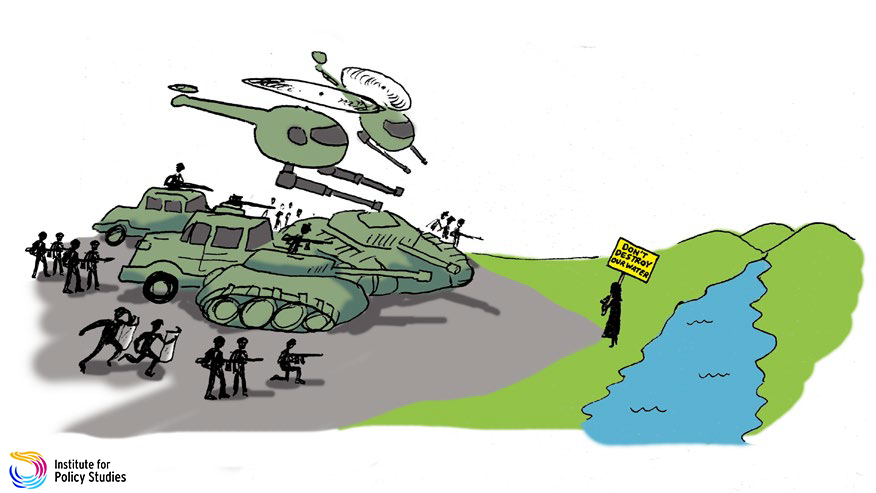 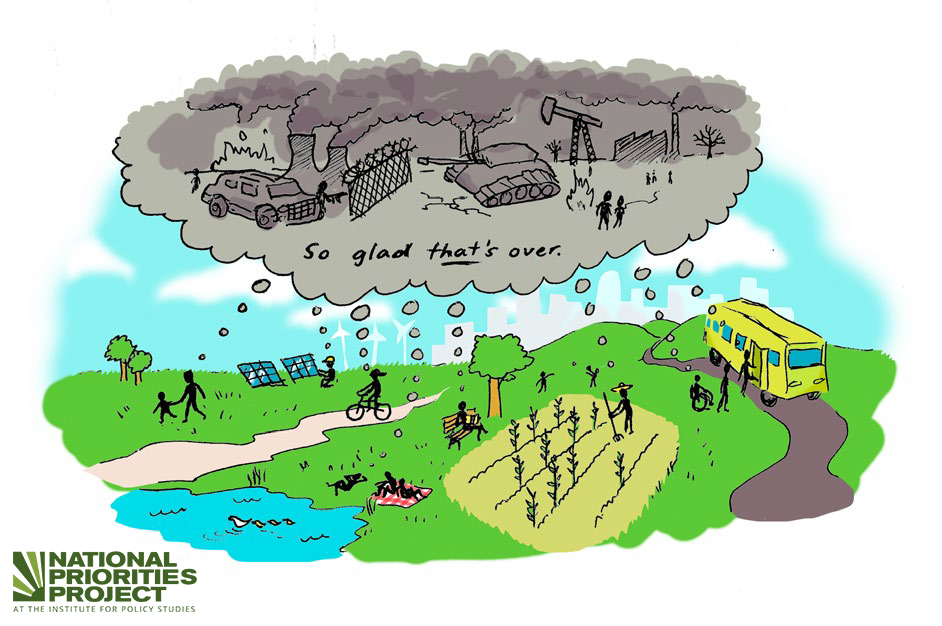 All graphics and illustrations are available for download here.