Since 2008, however, the gap between these numbers has increased, remaining at about seven percentage points at the end of 2011. This widening gap between unemployment and underemployment rates shows that more people are staying in part time jobs or leaving the labor force altogether.

To see these numbers for your state, visit the Federal Priorities Database. For more information about measuring the labor force, check out this week’s Budget Brief. 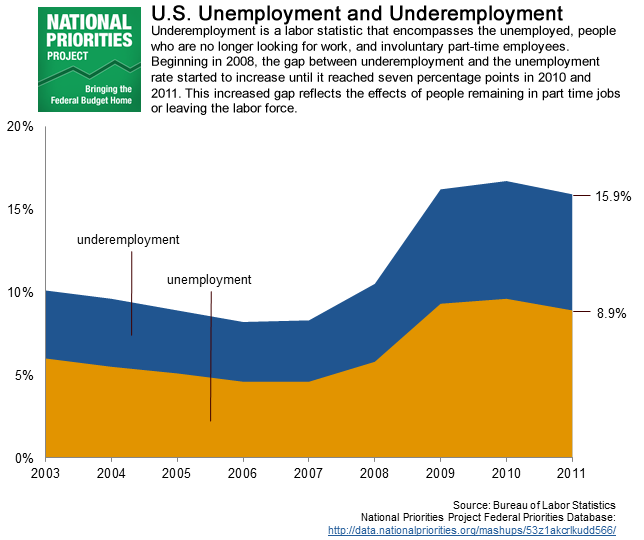