Is There a Federal Budget? It's Even Worse Than You Thought. 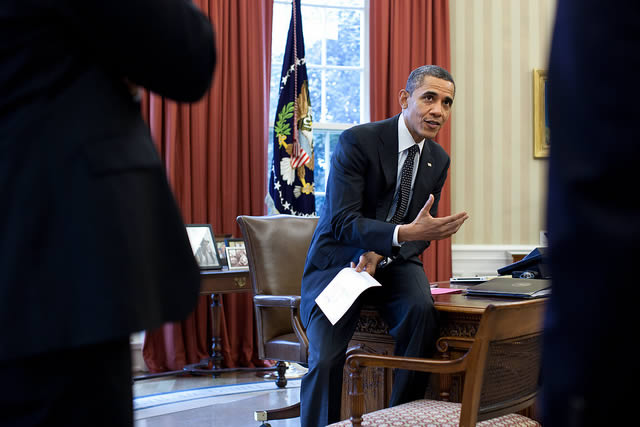 News about the federal budget is almost impossible to follow, so here’s some straight talk about whether or not there’s a federal budget for 2013 and why things are even worse than they seem.

There hasn’t been a real budget in place since Oct. 1, 2012, which was the start of the government’s fiscal year 2013. (If you’ve heard that we haven’t had a budget in four years, that’s true only for a specific piece of legislation called a budget resolution. Congress did pass a budget in 2012.)

Since Oct. 1 the government has been running on a stop-gap spending measure called a continuing resolution, which basically just continued funding levels from 2012. That means the federal government is stuck in a time warp. Yes, a time warp.

Here’s what I mean. In his 2013 budget proposal released over a year ago, President Obama proposed reducing or eliminating 210 different programs, for a savings of $24 billion this year. $24 billion. Depending on your view, that money could be used to fund education programs, job creation, or deficit reduction. But have those programs actually been reduced or cut to save all that money? Nope. They’re still being funded, because Congress hasn’t passed an actual budget this year.

Then consider the opposite: programs that could be funded but aren’t. Americans routinely rank job creation as one of their top priorities for Washington, and more than a year ago President Obama proposed job creation through infrastructure projects plus new job training at community colleges. Those programs – which would be popular with the public, according to polling – can’t see the light of day unless Congress writes them into a budget.

And it looks like we'll go through all of 2013 without a real budget, since Congress is planning to pass another continuing resolution for the rest of the fiscal year. So we could be stuck in this time warp for a lot longer.

There May Be No Budget Next Year, Either

To make matters worse, President Obama is over a month late with his budget proposal for next year – and it looks like he won't release it until April. That’s so late it will set a presidential record, and it all but guarantees the budget process will be just as terrible in 2014 as it’s been for 2013.

Angry with Washington? Join us in demanding a real budget for 2013 and a responsible budget process for 2014.

« House Bill Funds Government for Remainder of the Year