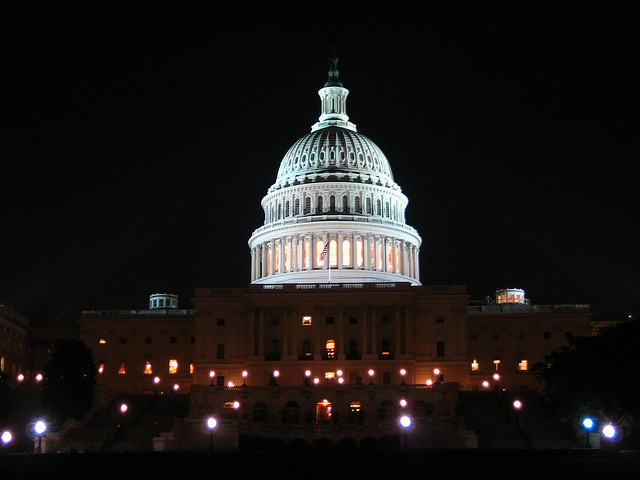 Since the beginning of FY2013 the government has been operating under a stop-gap spending bill – known as a Continuing Resolution (CR) – which funds the operations of federal agencies that haven’t had their specific annual budgets enacted by Congress. A CR allows any part of the government without a specific funding bill – known as an appropriation – to continue operating at its current funding level until a final funding bill is enacted. As a result, agencies are being funded at 2012 funding levels. The current CR is set to expire on March 27.

Both the House and Senate have enacted new CRs which fund the government through the end of the fiscal year. The original House version also included two regular appropriations bills – Defense and Military Construction-Veterans Affairs – which the House enacted earlier in the year.

The Senate version was similar, but in addition to Defense and Military Construction-Veterans Affairs, it included specific appropriations for Agriculture; Commerce, Justice, Science; and Homeland Security. All other federal programs are funded by the extended CR. The Senate passed its version of the legislation on March 20, and the House moved quickly to adopt the Senate version the following day. The 2013 spending bill now goes to President Obama for his signature.

Yet even without a finalized budget for 2013, Congress has already begun its work on the 2014 budget – despite the fact that the president has not yet released his 2014 budget request, which was due out Feb. 4. The president’s FY2014 request is now expected the week of April 8 – so late it will set a presidential record. Meanwhile, the House passed its FY2014 budget resolution on March 21, while the Senate enacted its version during the wee hours Saturday morning before leaving for the Passover/Easter recess. The budget resolution sets overall federal spending limits for things like education, agriculture and the military, but does not decide funding for specific programs.

Since these are non-binding resolutions they do not require the president’s signature. And it is unlikely that the differences between the House and Senate versions will be ironed out. The Senate specifically rejected the House budget resolution when it was offered as an amendment to their own bill, and the Senate version contains $1 trillion in new tax revenues that House Republicans have made clear they will not support.

For more information, see our detailed analysis of the FY2014 House budget resolution sponsored by Budget Committee Chair Paul Ryan, and budgets put out by the Senate Budget Committee and the Congressional Progressive Caucus, plus the top five things to know. And get up-to-the-minute information on the status of the federal budget on NPP's Federal Budget Timeline.

« Is There a Federal Budget for 2013? Detailed Updates

See Where Your Taxes Went »