The Budget Deal and What it Left Behind

Before leaving on holiday break, the House passed the Bipartisan Budget Act of 2013 (aka, the budget deal negotiated by Senate Budget Chair Patty Murray and her House counterpart Rep. Paul Ryan). The Senate is due to take it up shortly.

Our budget deal FAQ has a great overview of what’s in the deal, but it’s also important to note a few unresolved issues:

The graph below, originally published as part of our Thanksgiving SNAP series, shows how intertwined SNAP benefits and unemployment are. 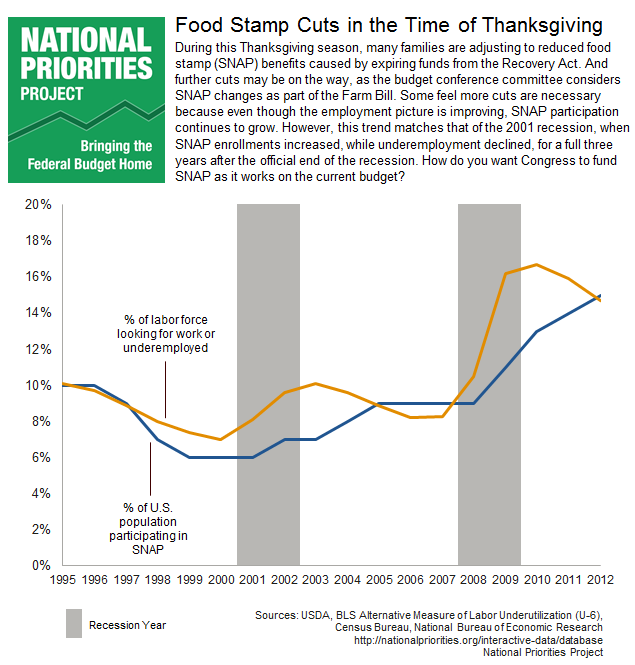 Congress will finish 2013 with a deal that excludes many of your budget priorities. Won’t you help National Priorities Project start the New Year strong, so we can continue to champion a budget that includes all voices? By making a donation or joining our e-mail list, you ensure that we can hit the ground running as Congress finishes the 2014 budget and begins work on the next one.