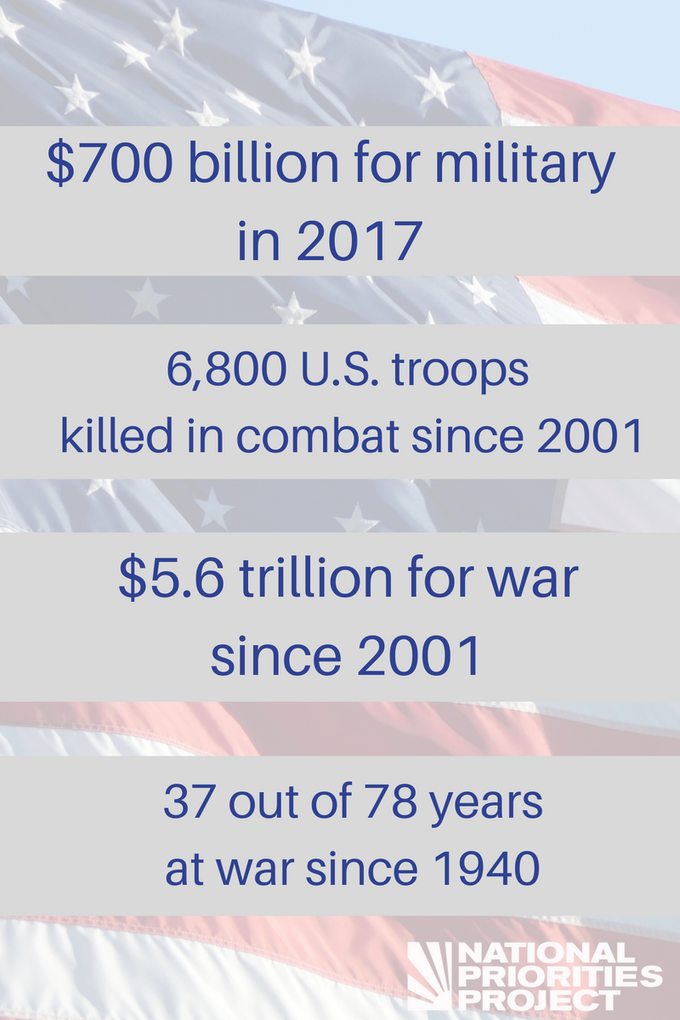 2.7 million Americans have served in the country’s current wars. More than 6,800 U.S. troops have died in combat since 2001, and the war has cost $5.6 trillion that will never be used to build bridges, grow the economy or send young people to college.

The costs are high, but we don’t stop. Today, there are U.S. combat troops in 15 countries, and more who conduct anti-terrorism training in 58 countries, including Niger, where in 2017 four American soldiers died.

Our wars weaken the countries where we fight, but they also weaken us here at home. We send young people to fight in far-off places with murky objectives, instead of sending them to rebuild our cities and small towns.

Since 1940, the United States has been at war as often as not – 37 of the last 78 years, not counting the Cold War. The longest war by far is the current one.

Do we Americans know what we fight for?

Even as endless war goes on in Iraq, Afghanistan, and beyond, new frontiers seem to beckon. The broken Iran deal and the mutual lack of dedication to negotiations with North Korea threaten new conflicts.

Enough is enough. We must demand a stop to endless war.

Join the Poor People’s Campaign to end racism, poverty, militarism and environmental degradation or find a demonstration near you.

« Your Tax Dollars at Work: The Syrian Strike, Military and War

Google Brings “Don’t be evil” to Pentagon Contracts (Or does it?) »