Police Violence is Gun Violence Too 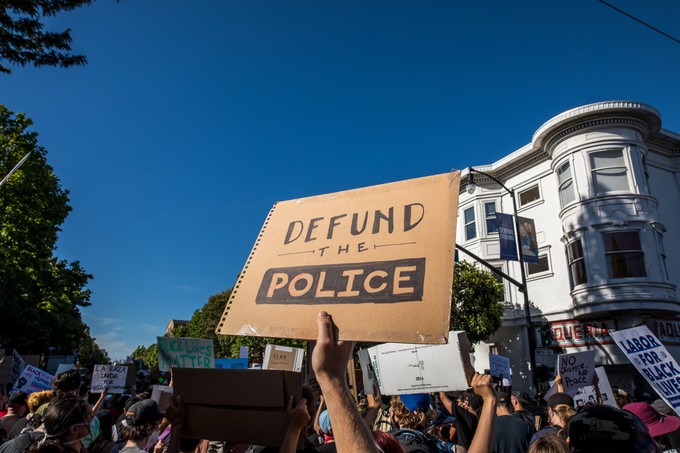 With video footage surfacing highlighting the Uvalde Police Department’s horrendous response (or lack of response, rather) to the shooting within Robb Elementary School, many people throughout America are beginning to arrive at a very sobering conclusion—police do not keep us safe. With more and more Americans losing faith in policing as an institution each day, and the push for gun control being as vital as it's ever been, it’s worth examining the ways that the relationship between police and gun violence stretches far beyond Uvalde alone.

When it comes to numbers, American police are more significant perpetrators of gun violence in this country than active shooters are. A recent twitter thread from the Working-class & Houseless Organizing Alliance of Greensboro, North Carolina drew attention to this fact, citing that, in 2021, 103 people died in active shooter situations. American police, on the other hand, were responsible for the deaths of approximately 1,136 people of which 97% were shot to death according to a 2021 report put out by Mapping Police Violence. The report also found that Black people were statistically more likely to be killed by the police and that 57% of police killings occurred in non-violent situations such as traffic stops, mental health crises, and welfare checks.

With such grave injustices at play, it is imperative that we include police violence in our nation’s discussions of gun violence. If we truly want to protect our communities, we must create conceptions of safety that leave cops entirely out of the picture.

This dynamic can be seen throughout much of America. A vast majority of city governments continue to allocate disproportionate amounts of funds to police departments and the federal government spends over $750 million dollars a day on policing, yet mass shootings and gun violence continue to increase each year in spite of this spending. It has become clear now more than ever that police can not and will not keep us safe. The Supreme Court has even ruled in both Castle Rock v. Gonzales and DeShaney v. Winnebago County that agents of the state have no duty to protect individuals from harm; these rulings were reaffirmed following a lawsuit against the Broward Sheriff's office in the aftermath of 2018’s Parkland massacre.

If anything, police do our communities more harm than good. Enough is enough. We’ve learned from the tragedy in Uvalde the devastating lesson that the police will choose to stand by as the most unthinkable crimes occur, and we know the tremendous harm that they have on marginalized communities throughout the country.

Rather than throwing billions of dollars away each year, it is time for us to start investing in what we know actually works. Reports have shown for years now that better schools, better healthcare, and better infrastructure all result in better safety outcomes. If we want to begin making our communities safer from gun violence, the first step must be to invest in ourselves, because lord knows the police won’t save us.

Christian Ephriam is a Next Leader with the National Priorities Project at the Institute for Policy Studies, and a student at the University of Virginia.

« The Pentagon doesn't need more money. These things do.