How Military Spending has Changed Since 9/11

In the decade following Sept. 11, 2001, military spending increased 50 percent, adjusted for inflation. In comparison, spending on every other non-military program – things like education, health care, public transit, and science –grew by only 13.5 percent over the same time period. 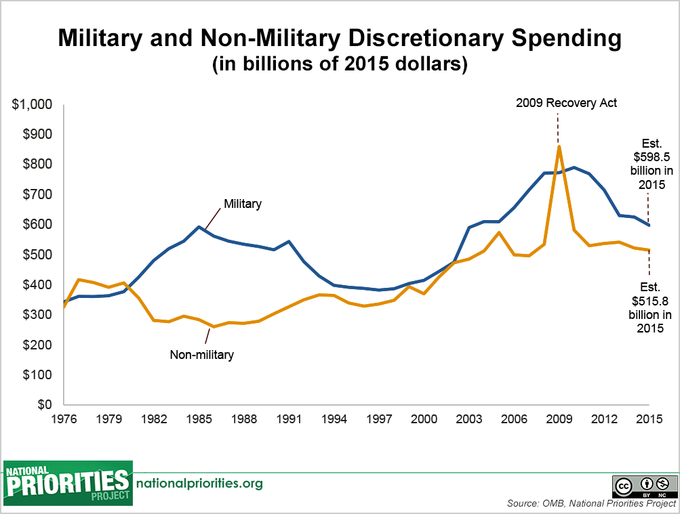 Total military spending includes about $16 billion in military expenses for the Department of Homeland Security, which was established in 2002. This department also gets funds that are not designated as military spending, including funding for law enforcement, border control, and other pseudo-military expenses. Non-military Department of Homeland Security funding is expected to be an additional $43 billion in fiscal year 2015.

Discover more about US military spending:

Military Spending in the U.S. Budget

Compare the U.S. to the rest of the world