This chart shows how President Obama plans to spend $2.6 trillion in mandatory spending in fiscal year 2015. Mandatory spending includes programs like Social Security and Medicare, which are often called earned-benefit programs. Lawmakers do not choose the exact amount of money spent on these programs, because it depends on how many people qualify for benefits. 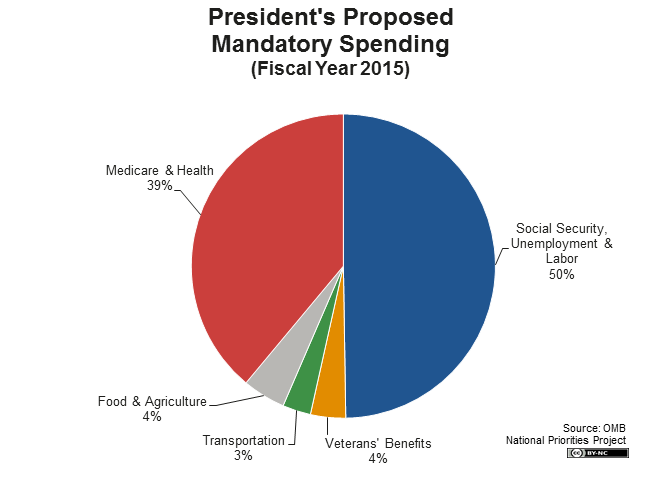 Note: While there is some mandatory spending that occurs in categories beyond the five that are shown in this chart, they are so small that together they account for less than 1 percent of the total and have been omitted.