State of Insecurity: The Cost of Militarization Since 9/11 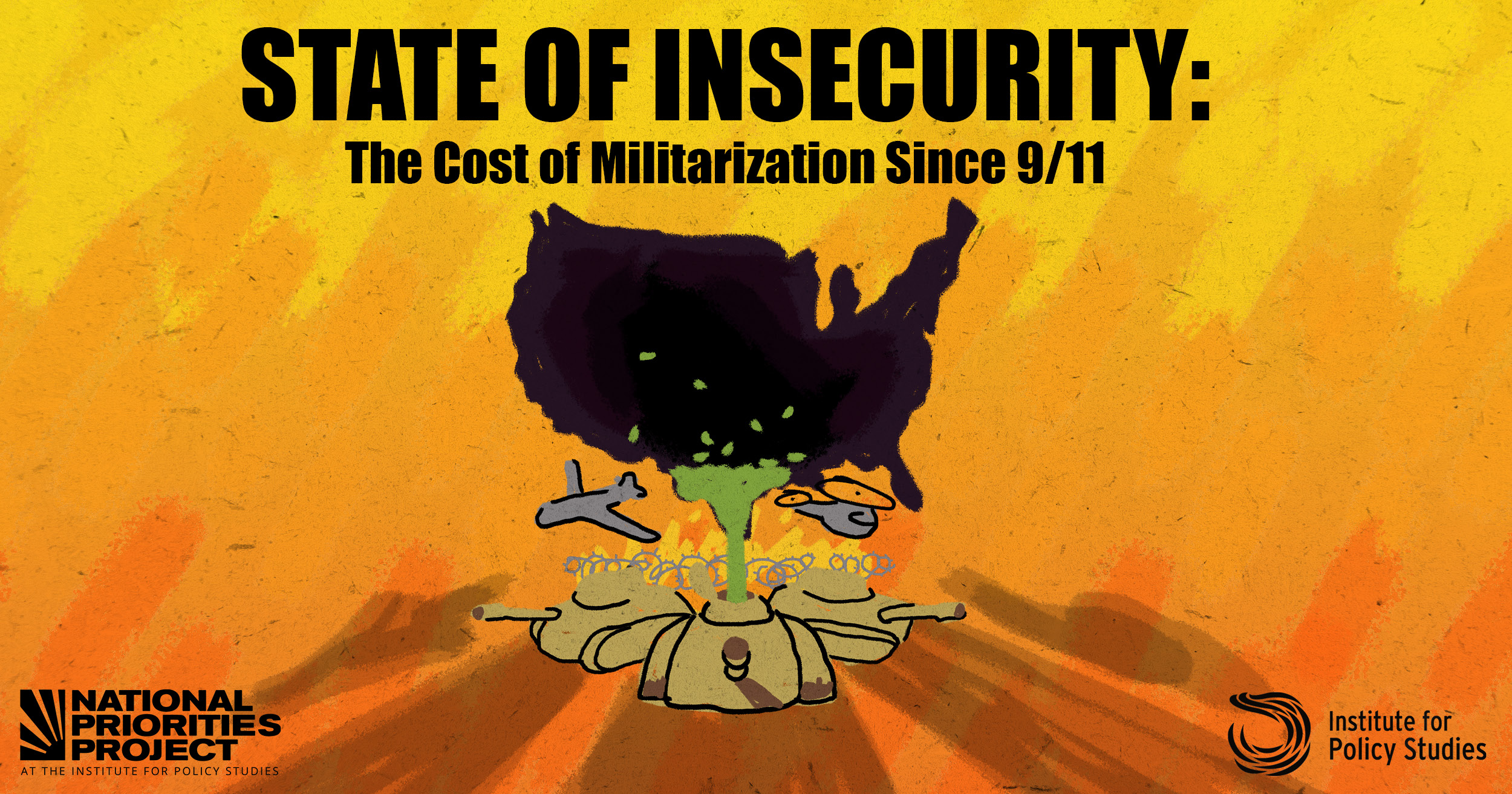 Twenty years after 9/11, the war on terror has remade the U.S. into a far more militarized actor, both around the world and at home. The human costs of this evolution are many — including mass incarceration, widespread surveillance, the violent repression of immigrant communities, and hundreds of thousands of lives lost to war and violence.

But of course, this militarization also has financial costs too. Over 20 years, the U.S. has spent more than $21 trillion on militarization, surveillance, and repression — all in the name of security. These investments have shown us that the U.S. has the capacity and political will to invest in our biggest priorities.

But the COVID-19 pandemic, the January 6 Capitol insurrection, wildfires raging in the West, and even the fall of Afghanistan have shown us that these investments cannot buy us safety. The next 20 years present an opportunity to reconsider where we need to reinvest for a better future. 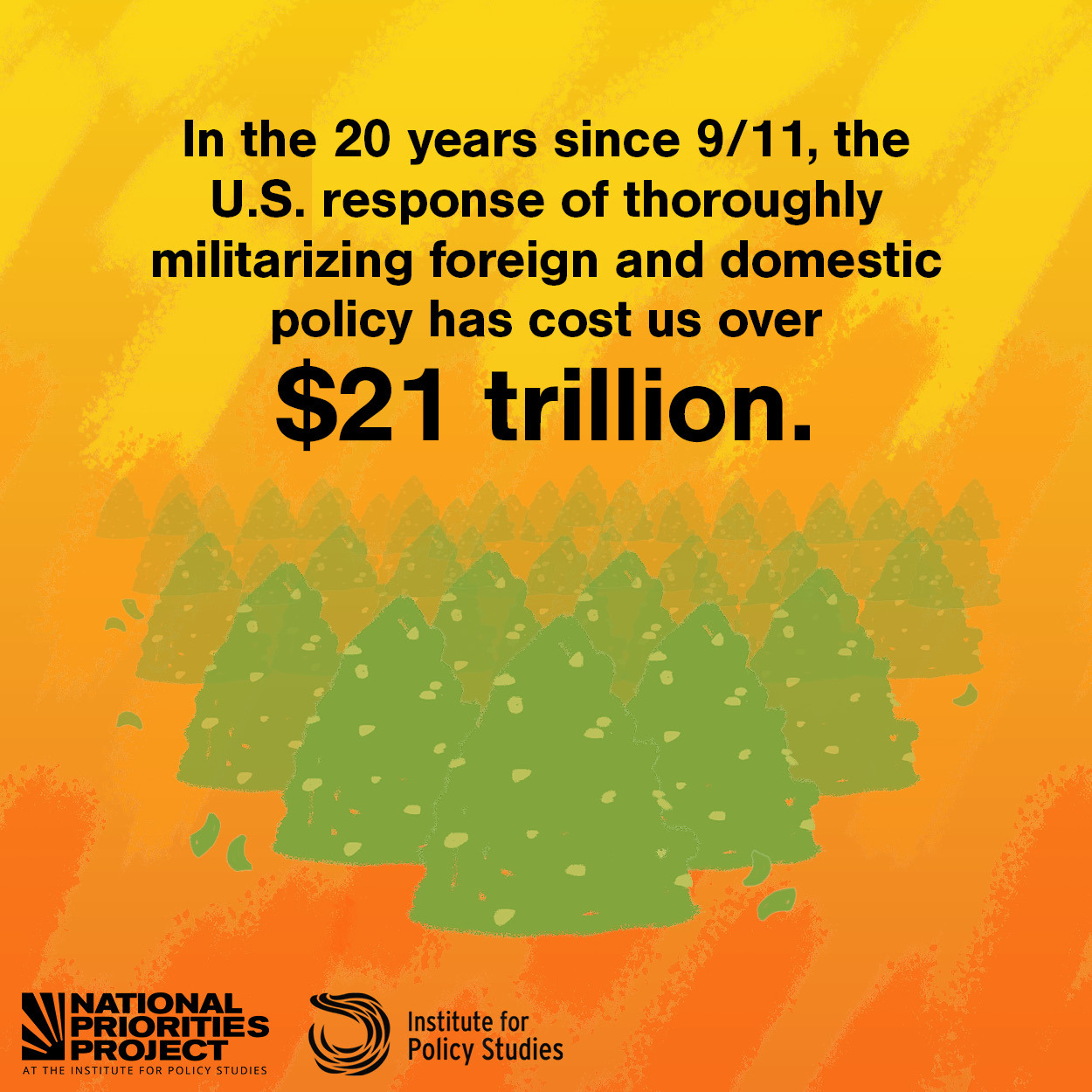 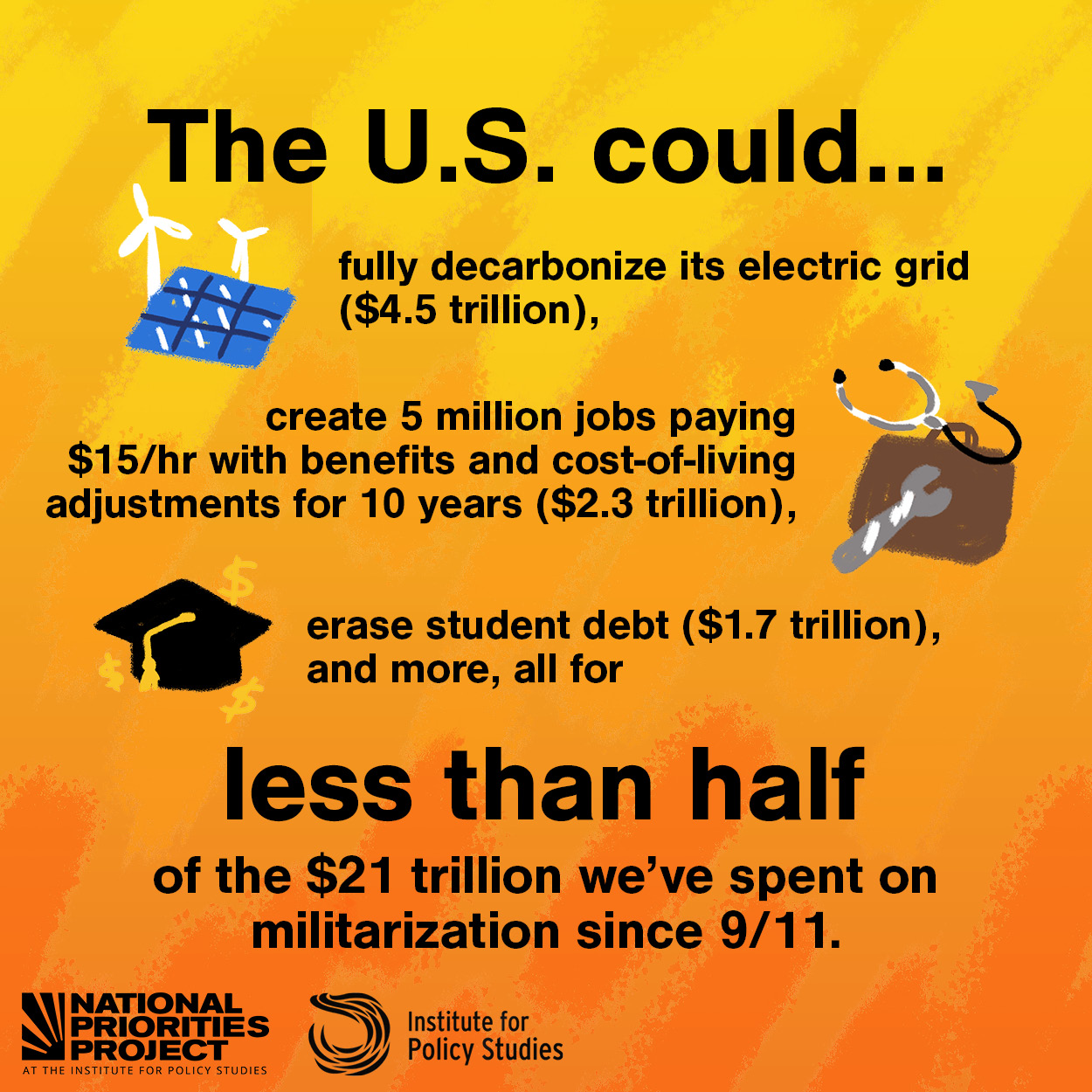