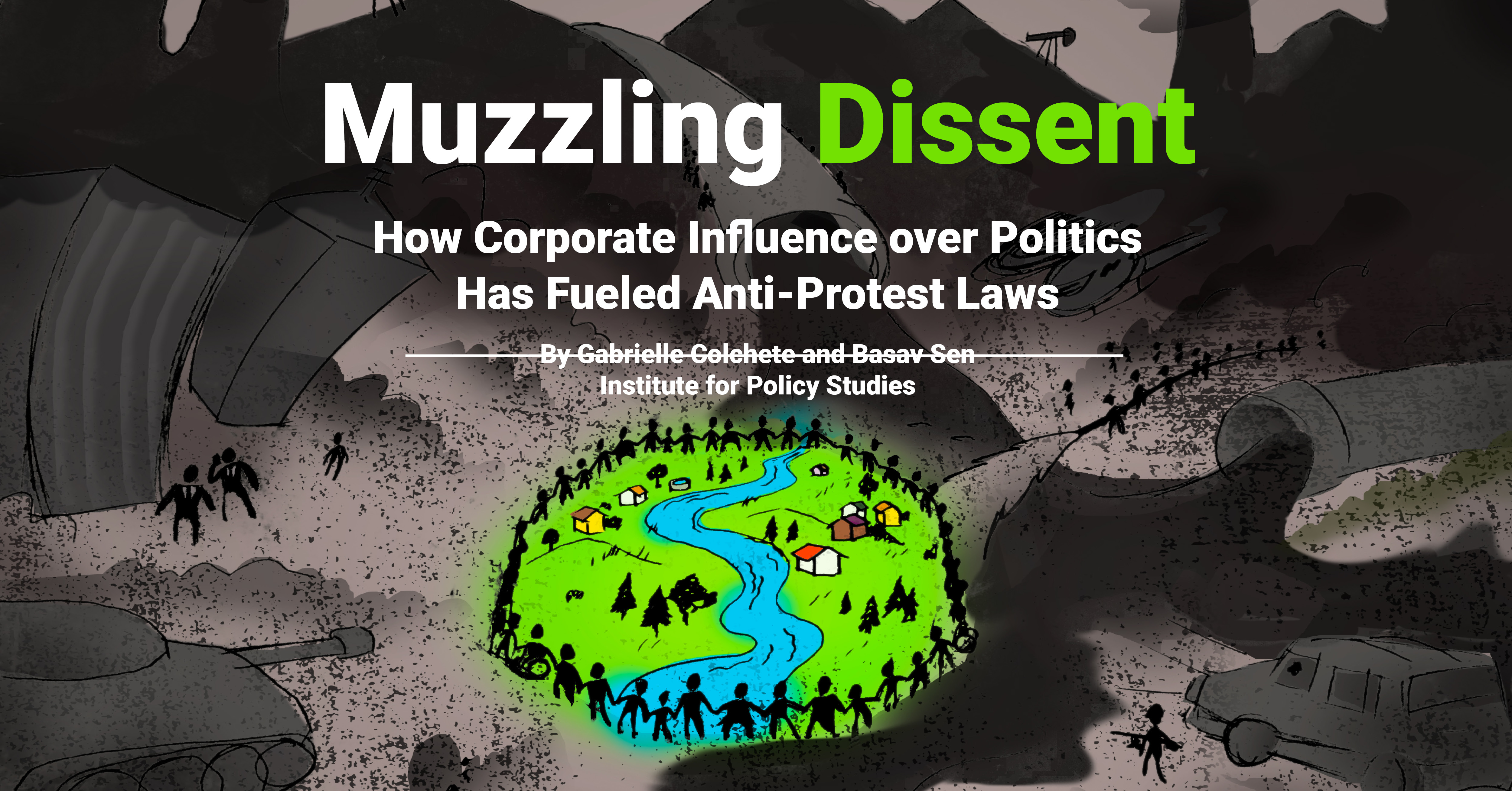 Protest movements work. That’s why big money and corporate interests are mobilizing to suppress them.

That’s the findings of a new Institute for Policy Studies report, Muzzling Dissent: How Corporate Influence over Politics Has Fueled Anti-Protest Laws. The report exposes troubling links between new laws that criminalize protest and the fossil fuel industry’s deep influence over the elected officials who enact them.

Threatened by the success of protests against the Dakota Access Pipeline at Standing Rock, this dangerous trend emerged in 2017 when oil and gas companies began to push state governments to pass laws that criminalize civil protests. The so-called “Critical Infrastructure Protection” laws conflate acts of civil disobedience with heinous felony acts.

Historically, the idea of “critical infrastructure protection” has referred to the safeguarding of vital infrastructure such as roads and bridges from dangers like natural disasters, terrorism, and cyber attacks. Hijacking this concept and terminology to target protest movements, thirteen states have passed laws since 2017 increasing penalties for protests in opposition to oil and gas projects, such as oil and gas pipelines, power plants, and petrochemical refineries.

The most historically underrepresented communities—Black, Indigenous, other communities of color, and low wealth communities—are disproportionately impacted by oil and gas pipeline expansion. These populations tend to have the least socioeconomic resources to challenge the fossil fuel giants who cite hazardous facilities in their backyards and for whom exercising their constitutional right to protest is one of the only viable avenues of resistance.

As the report documents, corporate political influence steers elected officials to prioritize the economic interests of polluting corporations over the health and well-being of their constituents. Corporate fossil fuel giants are among the most active companies involved in lobbying for “Critical Infrastructure” laws nationwide. In fact, the language within these bills mimic a piece of model legislation drafted by the American Legislative Exchange Council (ALEC), a right-wing “corporate bill mill.”

This new wave of anti-protest laws have emerged in the context of broader social justice movements that have sparked both massive protests and backlash from law enforcement and elected officials. This year’s historic uprisings against police brutality and systemic racism heightened the visibility of the role of state violence in suppressing protest, as Black Lives Matter protesters face paramilitary police repression and draconian felony charges.

The militarization of police is fueled by the 1033 Program, a Department of Defense program that transfers military equipment to local police. Since 1990, the DOD has transferred more than $7 billion worth of military equipment to more than 8,000 law enforcement agencies. As we cite in our No Warming, No War report, some of the equipment from the heavily militarized police apparatus used to suppress Dakota Access Pipeline Protestors was likely obtained through the 1033 program. Factor in a recent investigation that reveals that some of America’s largest oil and gas companies, private utilities, and financial institutions that bankroll fossil fuels also regularly fund police foundations, and the role of state violence and corporate power in propping up the fossil fuel industry is clear.

Among the recommendations put forth in the Muzzling Dissent report is a “Protest Bill of Rights.” Central to these rights are protections against law enforcement misconduct, including the demilitarization of law enforcement. As subtropical storm Theta forms in the Atlantic, breaking the annual record for the number of storms strong enough to be given names, demilitarization can't wait.

« As Historic Nuclear Ban Enters into Force, It’s Time for the US to Help Put an End to the Nuclear Age