If there was ever any doubt that the U.S. federal budget would claim center-stage in the 2012 presidential race, it vanished with Mitt Romney's selection of House Budget Chair Paul Ryan (R-WI) as the GOP Vice Presidential nominee.

Although Mitt Romney has emphasized he will run on a Romney budget, not a Ryan budget, he has already endorsed central elements of Ryan's plan – such as significant cuts to Medicaid and education – and has indicated that the Congressman will play a lead role in shaping the Romney/Ryan platform.

Paul Ryan's federal budget proposal includes sweeping changes that supporters say are necessary to shrink bloated government and balance the federal budget, but opponents believe would be draconian in their impact on the American people and the economy.

Differences between the Ryan and Obama

Let’s look at some of the ways Paul Ryan’s federal budget projections differ dramatically from those of President Obama: 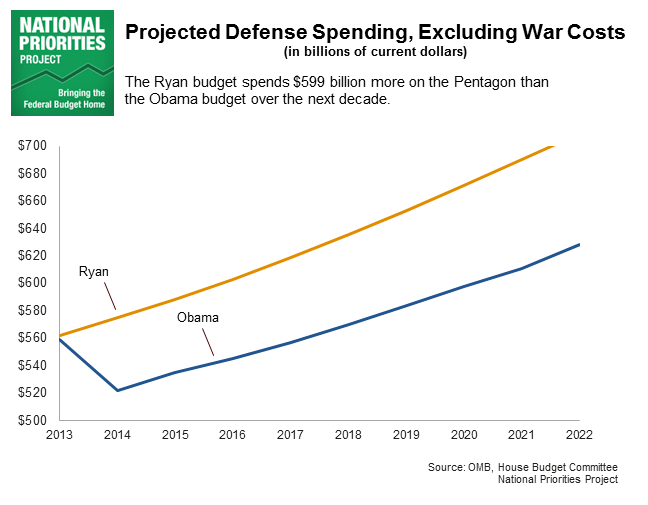 The Ryan budget spends $599 billion more on the Pentagon than the Obama budget over the next decade. 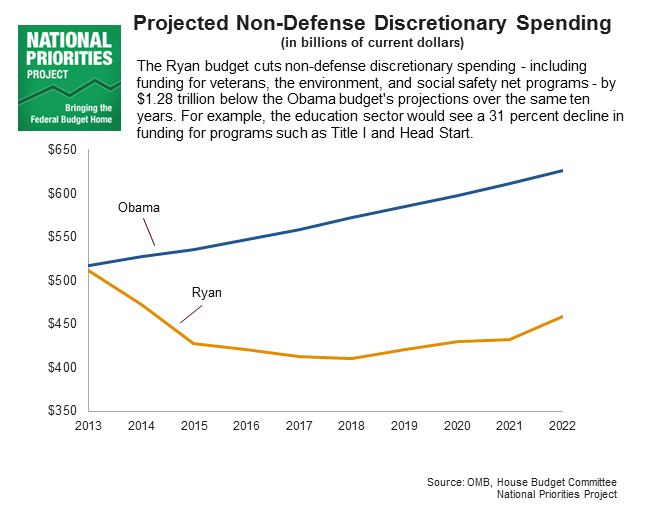 The Ryan budget cuts non-defense discretionary spending – including funding for veterans, the environment and social safety net programs – by $1.28 trillion below the Obama budget’s projections over the same ten years. For example, the education sector would see a 31 percent decline in funding for programs such as Title I and Head Start.

The Ryan budget is also notable because it does not increase revenue. No real revenue gains, along with significant hikes in military spending, are two of the reasons the Ryan budget projects a $287 billion deficit in 2022.

Differences between Romney and Obama

Prior to choosing Ryan as his running mate, Governor Romney had already begun differentiating himself from President Obama on a number of key issues. While Romney has yet to put forth detailed budget numbers, his policy positions tell us a great deal. 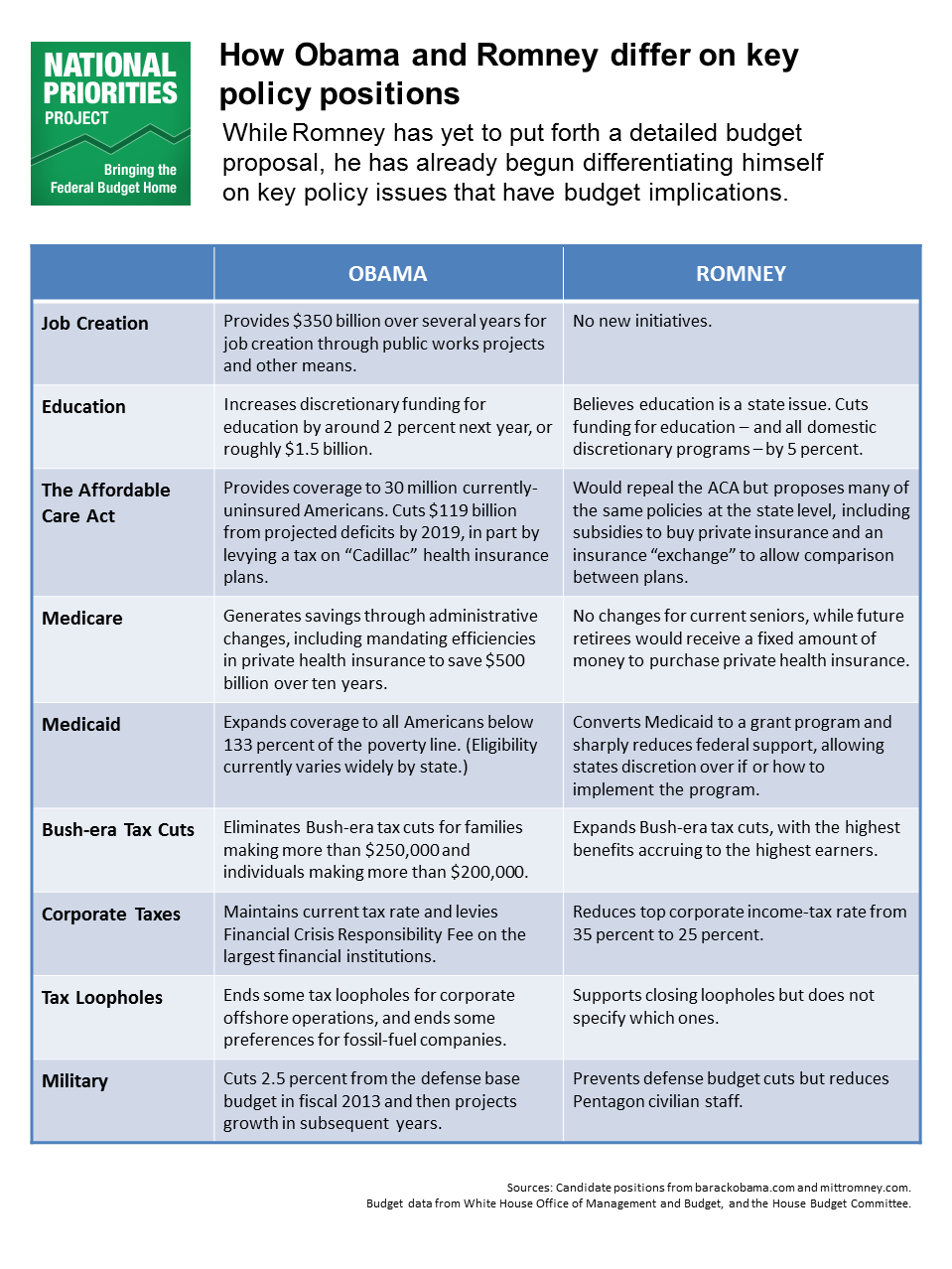 Time will tell just how much influence Congressman Ryan has on the GOP ticket. For now, one thing is certain: the 2012 presidential race will focus all eyes on the federal budget. The candidates’ budget numbers will tell us a lot about what they value – about their national priorities.

« You Ask, We Answer: A National Sales Tax?