Lack of Leadership in the Senate 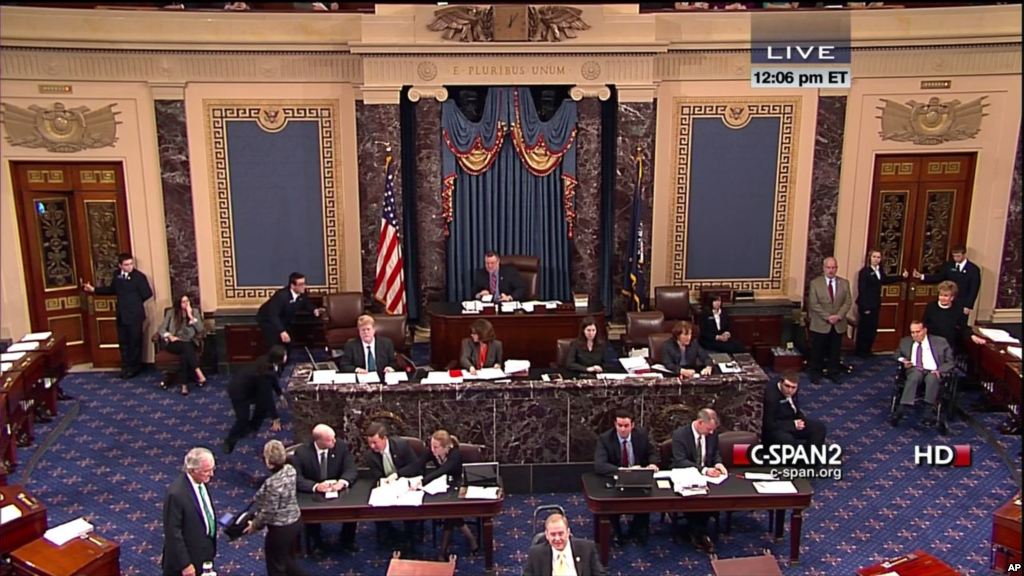 I recently read an article that compared the gridlock in Washington, D.C., to living next to a railroad track with trains constantly going by – eventually you don’t even notice it. And with the fiscal cliff looming, concerns about the inability of Congress to get anything done are mounting.

So it comes as some surprise that last week the Senate voted unanimously – 98 to 0 – to pass the fiscal year 2013 defense authorization bill. Apparently in Washington – or at least in the Senate – when it comes to the Pentagon it’s not gridlock, but lock step.

At a time when a failure to act could, according to the Congressional Budget Office, trigger a new recession, Congress can’t resolve it’s differences over the Bush tax cuts and sequestration. The White House and Congress have had over 15 months to avoid the fiscal cliff and have achieved nothing. But a potentially controversial piece of legislation that guides over half of the spending which Congress must enact each year – and which the President has already indicated he would veto in its current form – sails through the Senate with no opposition.

Think about that for a moment. How is it possible that not a single senator found a single provision in this legislation which was sufficiently objectionable to vote against the bill? Why were no fiscal conservatives put off by the fact that the bill exceeds both the amount requested by the president and the spending limits agreed to by the White House and Congress last year as part of the Budget Control Act?

And what about the other controversial national security issues covered by this legislation? What about ending the war in Afghanistan? The treatment of detainees at Guantanamo Bay? Closing military bases? Missile defense? The Joint Strike Fighter? Economic sanctions on Iran? Nothing?

Some senators I’m sure would argue that, with U.S. troops currently engaged in combat operations in Afghanistan, we must support the military. But technically this legislation doesn’t provide the actual funding for those operations. And it is appropriate to note that during the House’s consideration of their version of this bill, 120 members – 104 Democrats and 16 Republicans – voted “nay.”

As a former Hill staffer I’m still scratching my head. But while I may not know what is actually going on, I do know one thing – it’s not leadership.

« Federal Priorities Database Gets a Facelift