The President’s State of the Union Address 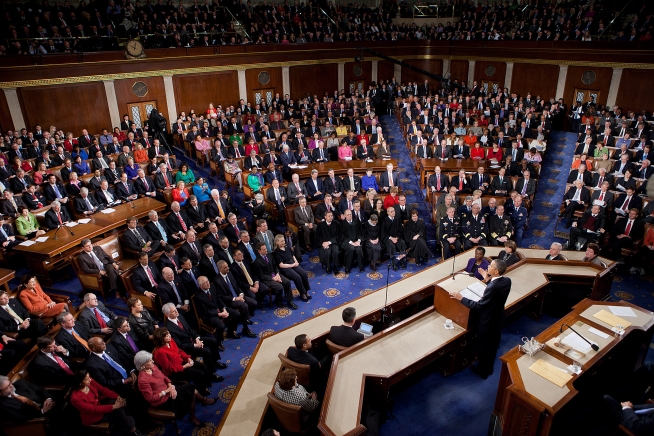 Article II of the U.S. Constitution states that the president "shall from time to time give to the Congress information of the State of the Union."

While the date is not specified by the Constitution, traditionally the State of the Union takes place in late January. This year President Obama will give the State of the Union Address on Feb. 12. The speech is the president's opportunity to not only report on the state of the nation -- on such matters as the economy and foreign policy -- but to also lay out the Administration’s policy agenda for the coming year on issues ranging on everything from national security, to education, to health care.

The speech tends to be sweeping in its scope, but here are a few things the President is sure to discuss related to the federal budget.

First, there are a couple pressing issues pending before Congress that must be addressed in the next few weeks One is raising the federal debt ceiling, which limits the amount of money that the government can borrow. Another is sequestration – the automatic across the board spending cuts that are scheduled to go into effect on March 1.

Second, the president will likely talk about entitlement reform – that is, discussing possible changes to the Social Security and Medicare programs – an issue that is very high on the agenda of congressional Republicans and is sure to come up this year.

Finally, the president will spend a lot of time talking about the U.S. economy, and will propose a number of federal initiatives intended to reduce unemployment, many of which will have a budgetary impact.

The President will cover a lot of ground in this speech, so listen carefully. And tune into National Priorities Project as we help you unravel what the speech means about how your tax dollars will be spent.

« The State of the Union is Government by Crisis