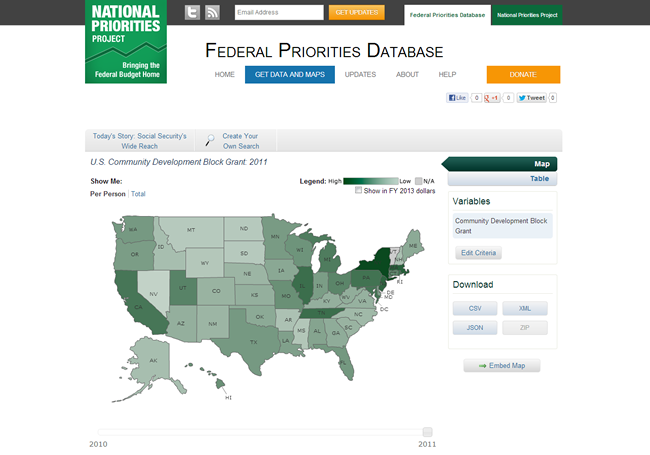 How does money from the federal budget affect you and your neighbors? Where do those Social Security, food stamp, and Medicaid dollars end up?

USASpending.gov for the Average Citizen

Although USASpending.gov is a public website, it provides raw, low-level records and a search form that’s useful for data wonks like us but not for the average citizen. So we’ve made that data relevant and accessible by:

And while USASpending.gov has been criticized for being incomplete and inaccurate, it is currently the only government-provided source of localized, program-level data about federal spending. NPP is committed to making USASpending.gov understandable while at the same time advocating for increased oversight of the information it contains.

Visit the Federal Priorities Database to see what’s new, and also check out these additional resources: