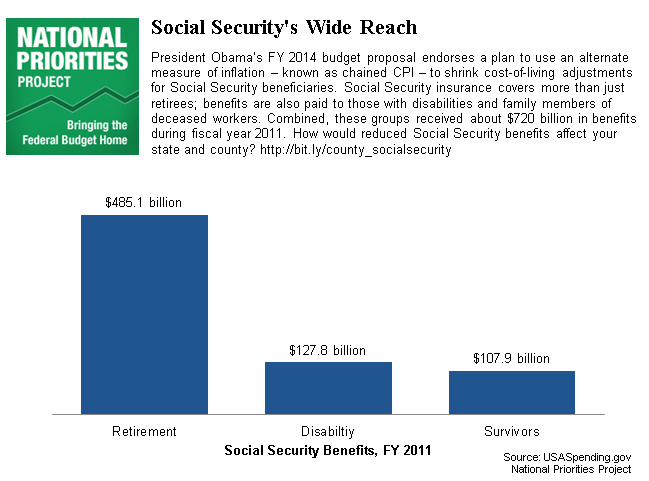 When President Obama released his FY2014 budget, he endorsed a plan to use an alternate measure of inflation – known as chained CPI – to shrink the cost-of-living adjustments for Social Security beneficiaries.

Social Security insurance covers more than just retirees; benefits are also paid to those with disabilities and family members of deceased workers. Combined, these groups received about $720 billion in benefits during fiscal year 2011.

The newly-updated Federal Priorities Database has state and county-level spending data for all three of these groups:

More on Social Security and the Federal Priorities Database