How Much Foreign Aid Does the U.S. Give Away? 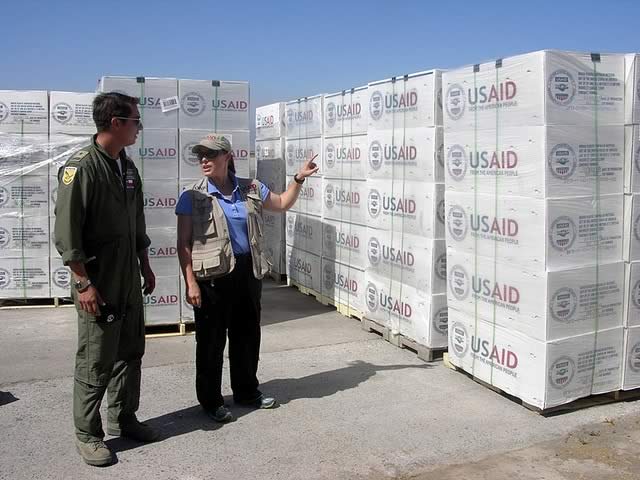 How much money does the U.S. spend on foreign aid? "Very little," I wrote back in October.

But some readers rightly critized that characterization of U.S. foreign aid spending.

To see which countries receive U.S. aid and

what that aid pays for, visit our updated post.

Indeed, while foreign aid is well under 1 percent of the total U.S. federal budget, it's still counted in the multiple tens of billions of dollars – around $23 billion this year, or a total of $37 billion if you include assistance to foreign militaries. And that, of course, is a lot of money. Here are the precise figures:

In fiscal 2013, U.S. government funding for humanitarian assistance and international development will total around $23 billion. (Back in October, I included spending on diplomacy in the numbers that I reported. In order to directly address the question of how much we give in aid to other countries, I'm now leaving out diplomacy and operations of the State Department.)

In addition, the U.S. will spend around $14 billion in fiscal 2013 for foreign military assistance – that's money spent on training foreign armies and providing them with weapons.

Use our Trade-Offs tool to see how many teachers, police officers, and years of health care coverage – among other things – your community could buy with tax dollars currently spent on foreign aid and the military.

A Pathway To a Better Federal Budget »