Tax Extenders, the Budget, and the Need for Reform 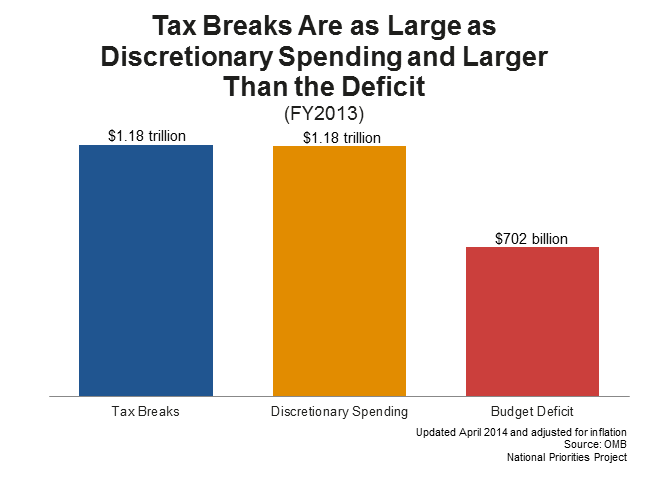 Right now, Congress is considering the fate of the so-called tax extenders, a laundry list of unrelated, "temporary" tax breaks that have been bundled together and extended year after year, costing the U.S. Treasury billions of dollars.

These tax extenders are a great example of why Congress needs to tackle comprehensive tax reform, yet they’re only a small part of the overall cost of tax breaks.

Tax breaks cost as much as discretionary spending

That’s right. In 2013 the cost of tax breaks – which are subject to little oversight and tend to remain quietly on the books – was about the same as our discretionary budget. That's why tax reform is so important. Even tax breaks designed to be short-lived have a habit of sticking around so long that we call them "tax extenders."

NPP’s latest report, The Big Money in Tax Breaks Continues, uses the latest data to explore the total cost of spending through the tax code. The report shows corporate tax breaks over time and examines how the largest tax breaks for individuals do not benefit everyone equally.