Participatory Budgeting Can Transform our Democracy 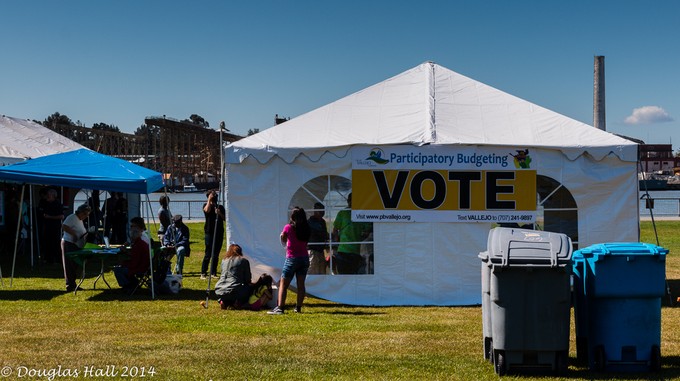 Last week I had the good fortune to join an amazing group of people doing exciting and transformative work in the growing field of participatory budgeting (“PB”), at the third annual PB Conference, held this year in Oakland (and nearby Vallejo), California. [I was invited to speak on two panels--one on the deliberative use of data, the other on evaluation challenges].

This event, coordinated by the Participatory Budget Project, brought practitioners and scholars together from across North America and around the world. I learned of groundbreaking PB work in Porto Alegre, Brazil, in 1990, which spread to nearly half of Brazil’s cities by 2008 (most, but not all PB projects are based at the city/municipal level). Other international perspectives on PB were shared, from Scandinavian countries, the Tuscany region in Italy, across villages of Africa, and uplifting women in projects in Malaysia.  Here in the United States, PB has begun to grow rapidly, and the energy behind this movement is impressive.

At the core of PB work is a belief – substantiated now by two decades of program evaluation and academic oversight – that PB processes contribute to a more active, vibrant, and engaged citizenry. In short, participation in shaping budget decisions is good for democracy.

The ability of PB processes to engage populations often marginalized by “normal” budget processes and decisions is particularly noteworthy. Here in Massachusetts, for example, the City of Boston launched the first youth led participatory budgeting process earlier this year, as Boston youth were given control over the allocation of $1 million of capital funding.  Aloyah Bakar inspired us with the impact that gender responsive participatory budgeting has had on women in the Malaysian state of Penang.

PB has taken root in large US cities such as Chicago, Boston, and New York City, as well as in smaller cities such as Vallejo, and experience in other jurisdictions suggests PB processes can be ramped up to the state level, as in the State of Rio Grande do Sul in Brazil, or down to the neighbo[u]rhood level, as seen in the Canadian city of Guelph, Ontario.

What excites us at NPP about Participatory Budgeting is that its core values reflect our own. Here at National Priorities Project, we see that there is a chronic disconnect between the aspirations of the people, the national priorities that citizens identify, and many of the ways in which we spend our federal budget dollars. Moreover, we believe that by giving people access to tools that help them better understand the federal budget, and letting them explore budget tradeoffs that more closely resemble their priorities, we can breathe new life into our democracy.

While a national scale “pure” PB process would be challenging, there is every reason to look for new ways to engage citizens in federal budget making.  We regularly encourage people using our tools to share their thoughts on federal budget choices with their federal elected officials. And we consciously partner with organizations representing a broad range of interests, knowing that regardless of age, race, ethnicity, gender, or political affiliation, Americans are best served by engaging in the federal budget decisions that shape every facet of our lives.