A Budget That Reflects Americans' Priorities 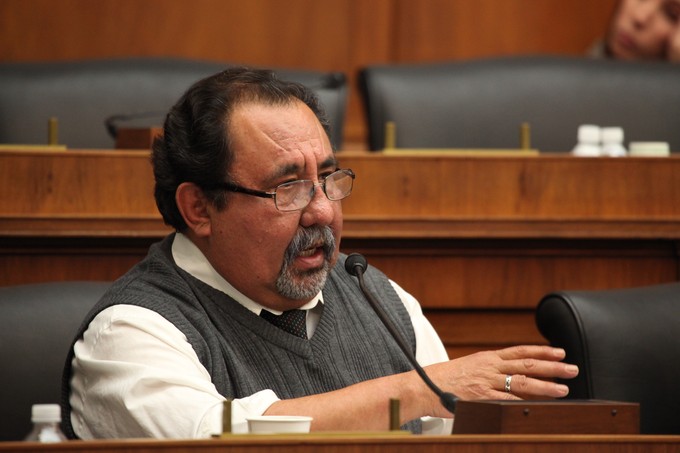 Raúl M. Grijalva (D-AZ), above, and Keith Ellison (D-MN) are co-chairs of the Congressional Progressive Caucus, the group behind the FY 2016 budget alternative called The People’s Budget: A Raise for America.

As early as the middle of this week, Congress will vote on the budget proposals put forth by the House and Senate. Their votes will determine the direction of budget policy on everything from jobs to education to health care to taxes.

Some of the proposals before lawmakers are distinctly out of step with the policy directions favored by the majority of Americans. They would cut spending where Americans want more investment -- crippling or eliminating popular federal programs like job creation initiatives, Social Security, Medicaid, SNAP/Food Stamps, and public education funding.

But there is an alternative. We can make our priorities heard, demanding that lawmakers focus on smart spending that strengthens our families, communities, and our nation.

NPP has joined forces with a diverse coalition of national organizations to gather support for a people's budget, because we believe that the more Americans speak up for our collective priorities, the more lawmakers will have to listen to what we the people want.

Add your name to the campaign to support budget priorities that reflect what Americans want. We'll deliver your signature to Congress so lawmakers hear your voice before they vote on a budget this week.