One in Five American Children In Poverty: How did we get here? 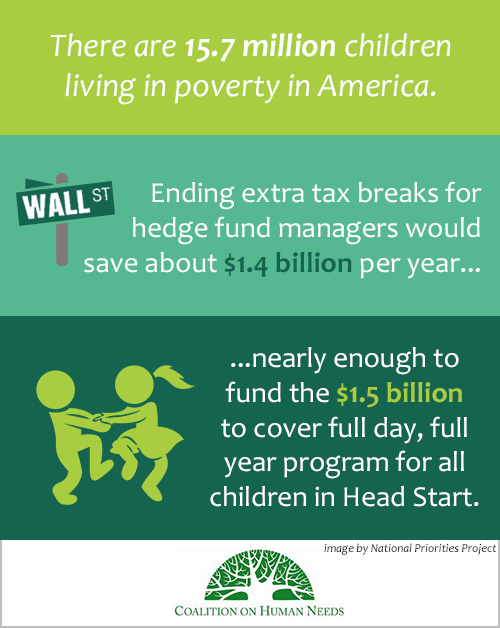 The Census Bureau last week released its annual report on poverty in America.

And among children of any race, it’s one in five.

These statistics have remained essentially unchanged for the last four years, even as America officially was in recovery from the recession.

What can we do?

We can stop acting as if growing inequality is an accident over which we have no control. Here are a few of the ways that federal tax and budget policy contribute to economic inequality:

For more on the Census poverty release, check out the Coalition on Human Needs’ great report (and spiffy graphics by National Priorities Project), or look out for details on how to attend our webinar next week, Thursday, October 1 at 2pm.

« The Fight to Defund Planned Parenthood

What's Next for the Iran Nuclear Deal? »