The Fight to Defund Planned Parenthood 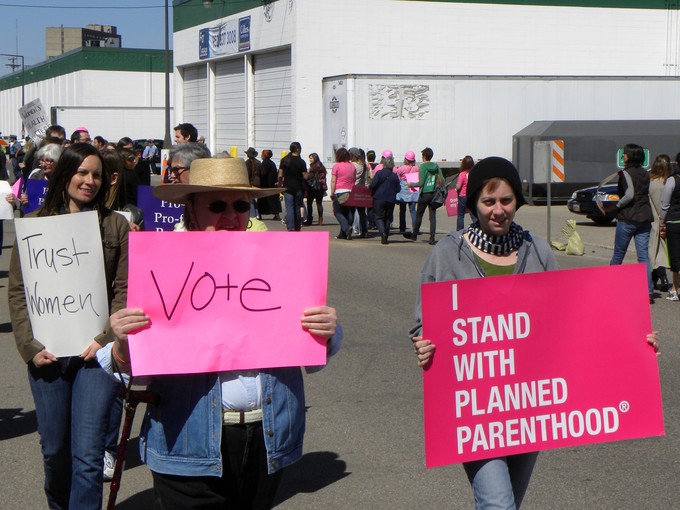 First things first: the fight to defund Planned Parenthood is not about the money. But it does threaten to pull basic health services from women and men who have nowhere else to turn.

Planned Parenthood received $528 million in government funding in their 2014 fiscal year. CBO estimates that defunding Planned Parenthood would reduce spending by $235 million over 10 years – a tiny fraction of the overall federal budget during that period.

In CBO’s own words, those effects on federal spending are “highly uncertain.”

Because no one knows whether the women and men who currently receive services – especially Medicaid funded services– would instead go to another Medicaid-eligible health provider, keep going to Planned Parenthood but pay their own way, or – and here’s the kicker – not receive those services at all.

And because federal dollars don’t fund abortions at Planned Parenthood, here are the services that would be vulnerable to the cut instead:

Some lawmakers are threatening to reject any federal budget unless it defunds Planned Parenthood, and they don’t have very good answers to who would provide these services with Planned Parenthood out of the picture.  Despite increasing health care coverage under the Affordable Care Act, health care access in this country remains uneven.

And just like prior years’ push to rescind the Affordable Care Act with no viable replacement, this year’s threat to defund Planned Parenthood shows that many of our lawmakers are more than willing to let unequal health care access stand, even if the fight brings the whole government to a screeching halt (and is rejected by seven in ten Americans). And just like opposition to the ACA, it’s not about the money.

* Numbers are total services rendered at Planned Parenthood during their 2014 fiscal year.

« What’s Going on With the Iran Deal?

One in Five American Children In Poverty: How did we get here? »