Pink Out for Planned Parenthood: Who wants a government shutdown? 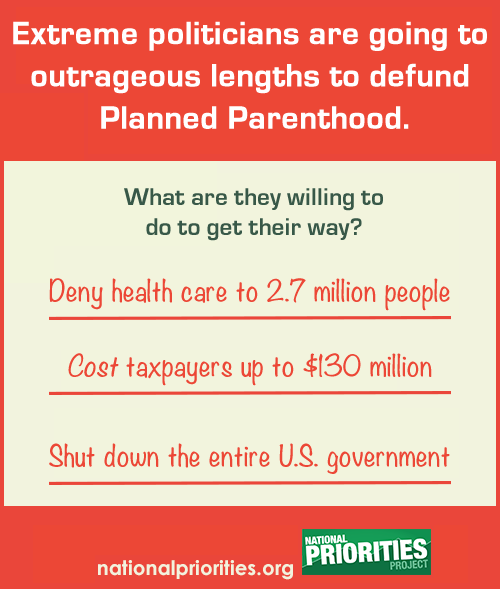 Despite those numbers, a small contingent of extreme politicians is threatening to hold the federal government hostage over their pet issue. They say they’re willing to go to any lengths to defund Planned Parenthood.

What are these politicians willing to do get their way?

Enough is enough. Extremists in Washington have had their fair say, and Americans have had enough of poisonous politics. It’s time to let Planned Parenthood do their job, and for our lawmakers in Washington to do theirs.

« Upcoming Webinar - Left Behind: Poverty and the Federal Budget