Will Congress use the budget to pass these damaging campaign finance rules? 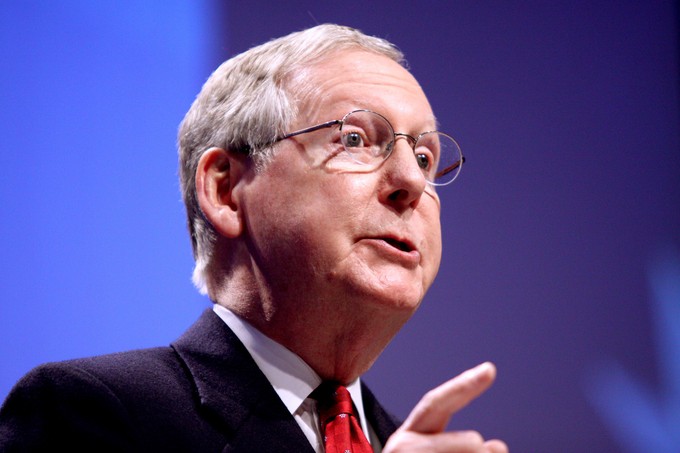 As if Citizens United weren’t enough, members of Congress are using the federal budget process to open the doors to more money in politics.

Last year’s Financial Services and General Government appropriation bill (one of 12 bills that are the core of the annual federal budget process) included several harmful campaign finance “riders.” Riders are policies (rarely related to the bill at hand) that some members of the House and Senate try to “append” onto a must-pass bill--in this case, federal budget bills--in order to ease their passage. Members of the congress prefer this “backdoor” route since these riders would seldom pass on their own merit.

However, we owe it to ourselves to stifle their efforts of adding these riders to the bill. Several organizations and reform groups have already penned letters to the president and Congress goading them to avoid addition of “poison pill” campaign finance riders to this year’s budget.

The four proposed riders aim to do the following:

1.  Keep non-profit campaign rules murky: There’s been considerable agreement that rules governing how non-profit organizations engage in political activities are vague and confusing, thereby giving way for abuse of the rules by dark money groups. For instance, there is pressure on the IRS to define what a “...permissible political activity” by nonprofits entails. This rider however, aims to stymie any efforts by the Internal Service Revenue (IRS) to require nonprofits to define their political activities. To add salt to injury, the IRS will be prohibited not just from implementing, but even from drafting any new and better rules for later implementation if the rider passes.

2.  Keep corporate campaign contributions secret: This rider aims to block a proposal by the Securities and Exchange Commission (SEC) requiring corporations to notify their shareholders of how much they spend on elections. The rider would prohibit efforts by the SEC to “…finalize, issue, or implement” any rule calling for disclosures of political contributions by corporations. The proposed rule by the SEC would let corporate shareholders learn how their investments are used, ensuring that political activities by corporations align with shareholders’ interests. In addition, disclosure of corporations’ political activities will be instrumental in letting voters know who is financing candidates’ campaigns. Blocking the rule would be a hit to transparency.

3.  Remove any limits on the amounts of money that parties could spend in coordination with their candidates: This rider, proposed by Senate Majority Leader Mitch McConnell, would mean an increase in the amount of money spent on political activities. Campaign finance watchdogs are also afraid that if this bill passes, it would mean that rich donors would have a greater influence on the members of the congress.

4.  Protect federal contractors from transparency requirements: It has become extremely difficult to determine who finances federal elections campaigns, potentially influencing how policies are made. This rider would prevent the White House from issuing an order to government contractors requiring them to disclose information about their campaign finance activities. This rider, if it passes, would continue the era of widespread use of “dark money.”

If the above discussed riders make it to the FY 2017 Omnibus spending bill, it would mean that Americans would continue being oblivious of the secret contributions heavily funding elections. It will also make it very easy for money to influence our politics.

Last year, two of the riders were included in the final budget bill. Let’s strive to ensure that none make it to this year’s omnibus process. If there’s one thing that can counteract the stream of money into our politics, it’s for people like you to let congress know that you’re watching.

Sign the petition to press for a cleaner budget devoid of any harmful riders.

#SafetyIs an End to Mass Incarceration: Join Us for National Night Out for Safety and Liberation #NOSL16 »