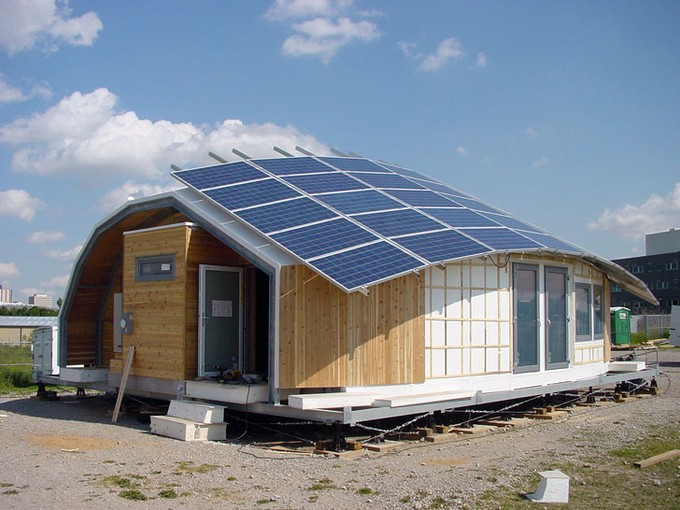 On the chopping block may be funding for renewable energy, energy efficiency and carbon sequestration and storage. Image courtesy of inhabitat.

Today the Trump transition team suggested $10.5 trillion in spending cuts over the next ten years. This would hobble not only the government, but American life as we know it.

The current proposal and its forebears suggest the likelihood of massive cuts to everything from the National Endowment for the Arts, energy and climate change programs, and even supposedly Trump-approved safety net programs like Medicare and Social Security. At the same time, signs point to a soaring military budget.

The proposal suggests cuts to the Departments of Energy, State, Justice, Transportation, Commerce, and more. Many details are not yet known.

One Sure Thing: Cuts to the Arts

Heritage Foundation at the Wheel?

The Trump proposal is spearheaded by two alumni of the Heritage Foundation, which put forth a budget proposal for FY 2017 that is similar in broad outlines to the Trump proposal. Because of the overlap in ideas and architects, there is reason to believe that the Trump budget details, once released, will echo the Heritage budget.

If the Heritage budget is a true blueprint for the Trump budget, here’s what we might see:

The Heritage budget defunded both the federal Office of Fossil Energy ($632 million), which researches technologies in carbon capture and storage to reduce carbon in the atmosphere; as well as the Office of Energy Efficiency and Renewable Energy ($2 billion), which focuses on sustainable transportation, renewable electricity and energy efficiency.  The Heritage proposal also defunded the Paris Climate Change Agreement and UN Intergovernmental Panel on Climate Change.

As a candidate, President-elect Trump made clear promises not to touch Medicare and Social Security. The Heritage budget and its architects proposed major changes to both Social Security and Medicare, as well as Medicaid, and recent House Republican budgets have proposed the same. The current Trump proposal does not yet lay out a plan for these programs.

The Heritage budget called for significant increases to Pentagon and military spending, proposing to fund a ramp-up in military spending by “moving resources from less critical domestic programs.” President-elect Trump, despite some tough tweets regarding individual weapons systems, has suggested he is favorable to a historic increase in military spending, but has not yet made his exact plans known.

How Justice Scalia May Have Saved Federal Funding for Sanctuary Cities »