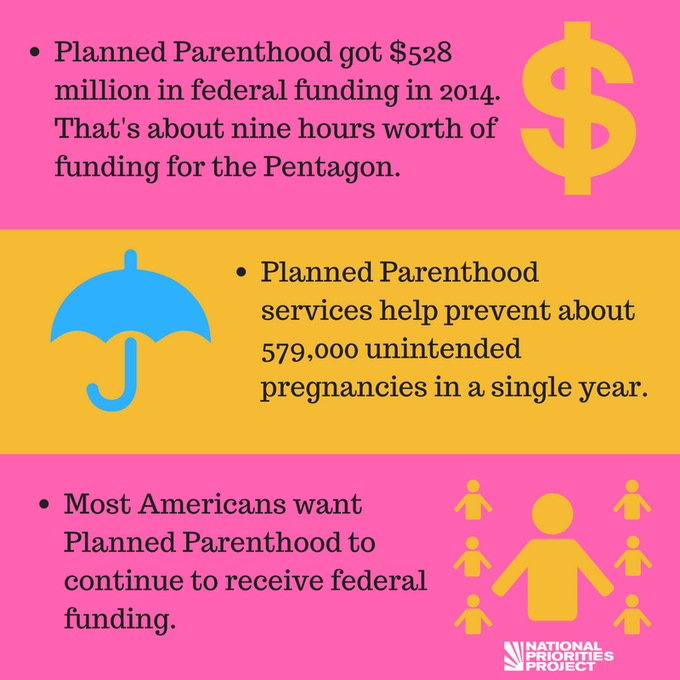 There are good reasons that most Americans want federal funding to continue to flow to Planned Parenthood:

All for the relatively low price (for the federal government) of $528 million in 2014 (the most recent year for which we found data). That's roughly nine hours of operations for the Pentagon, and it works out to an average tax bill for Americans of $2.50 per  year.

« What if We Took $54 Billion From the Pentagon, Instead?

Meet Your Member of Congress this April »