Tax Cuts of the Rich and Famous 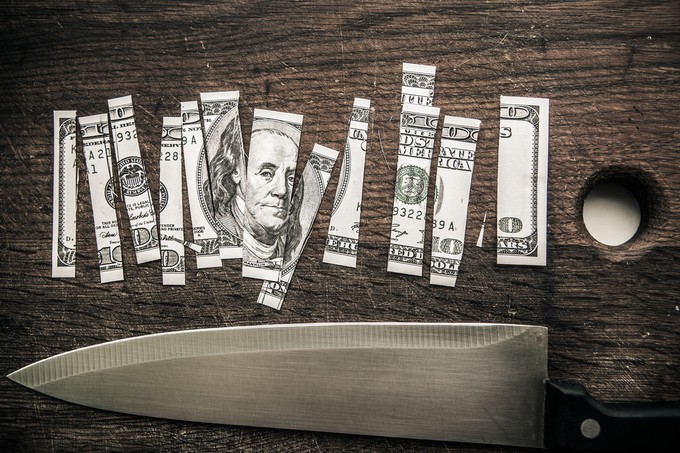 If the Trump tax plan were an object, you can bet it would be gold-plated. The official tax plan released November 2 by the House of Representatives is a massive reworking of the tax code. It's easy to get lost, but a few measures stand out.

This is a gimmick. Corporations already pay much less than 35 percent in taxes - in some cases, profitable corporations even pay no taxes at all.

In case it's not obvious: corporate tax cuts mainly benefit corporate executives and shareholders. A study by Sarah Anderson of the Institute for Policy studies (of which NPP is a part) showed that large, profitable corporations that paid the lowest federal taxes actually cut jobs on average. If we want to create jobs, there are much better ways to do it (think infrastructure).

End of the Estate Tax

If you had an estate worth more than $11 million, do you think you could stand to pay some taxes before it passed to your heirs?

How do you get an estate worth that much, anyway? Almost any way you do it, you're benefiting from this country's infrastucture: roads and railroads, clean water, the internet, public education, the rule of law.

All the estate tax does is to ask folks to pay it forward.

End of a Middle-Class Institution: the State and Local Tax Deduction

This is one of the few tax breaks that substantially benefits middle and upper-middle income Americans. The Trump plan replaces the current tax deduction with a tax deduction that applies only to property tax (not state or local income or sales tax) up to a limit of $10,000.

That might not hurt everyone in the middle class, but it diminshes the worth of this deduction for almost everyone who currently takes it - all so that corporations and the super-wealthy can pay less.

We may not love taxes, but we need them. Any number of priorities that Americans care about - from making health care more affordable to making college more affordable, to reinvesting in infrastructure that has seen better days - rely on a healthy tax base. We need a tax plan that asks those who can afford it to pay their fair share. This is not that plan.

How much of this plan passes will depend in large part on whether it meets with the kind of resistance we saw earlier this year with the attempted repeal of the Affordable Care Act.

Call your members of Congress today. Tell them you're against any tax plan that asks lower and middle income Americans to shoulder the burden for corporations and the richest one percent.

« Senate Steps Closer to Tax Cuts for the Very Rich