Senate Steps Closer to Tax Cuts for the Very Rich 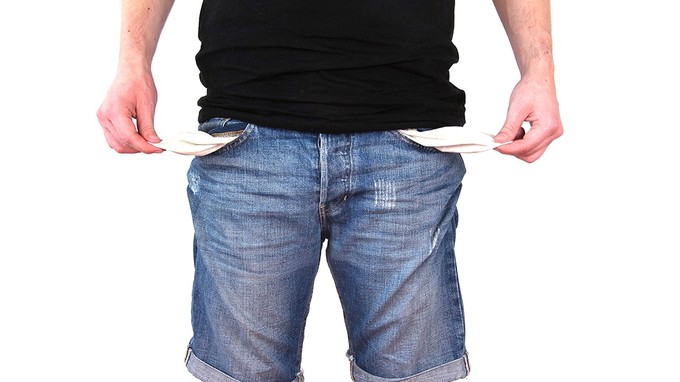 Imagine this: you go to the ATM, only to find there's no money in your account. The only other person with access to the account is your wealthy uncle, and he's drained it. There goes your lunch money - hope you weren't hungry.

That's what the Senate wants to do with the federal budget, by cutting taxes for the very wealthy. And yesterday, they took the first vote in a process to make that a reality.

By implementing sweeping tax cuts that mostly benefit the very rich, the Senate plans to dry up federal coffers. It's easy to see what comes next: claiming pressure from the deepening debt that they themselves created, they will want massive cuts to programs that help the poor and middle class: college loans and grants, Head Start, food stamps, Medicaid, Medicare, the Affordable Care Act - you name it, it will be under attack.

They are manufacturing a crisis - all so that the wealthiest Americans can pay lower taxes.

There's nothing inevitable about this. Just this month, more than 100 members of the House of Representatives - almost 1 in 4 representatives - voted for a budget that would have invested in infrastructure, job creation, debt-free college, child care, a public option for health insurance, and more. That budget also would have required mega-corporations and ultra-wealthy individuals to pay their fair share of taxes - and it would have reduced the nationl debt, to boot.

The majority of Americans want these things - they want the federal government to play a role in education, job creation, and making health care more affordable. Most of us also want corporations and the wealthiest to pay their fair share in taxes to make these things possible.

But that's not the budget vision the majority of Senators are moving forward. Instead, the Senate majority is pulling a budget gimmick that will allow them to pass an unpopular tax cut for the richest among us, knowing full well the pressure that will place to cut popular government programs - and they will be able to do it with only 50 votes in the Senate.

Those 50 votes are far from guaranteed. And if this year has taught us one thing, it's that the only thing some members of Congress hear louder than special interests is their own consituents' voices - if we're just loud enough, and if there are enough of us.

Add your voice - call your Senator and tell them you do not support the dystopian vision represented by the budget resolution that just passed the Senate.

« The War in Afghanistan Just Might End Someday: Senate Votes on Authorization to Use Military Force

Tax Cuts of the Rich and Famous »