Tax Reform This Bad Only Comes Along Once in a Generation 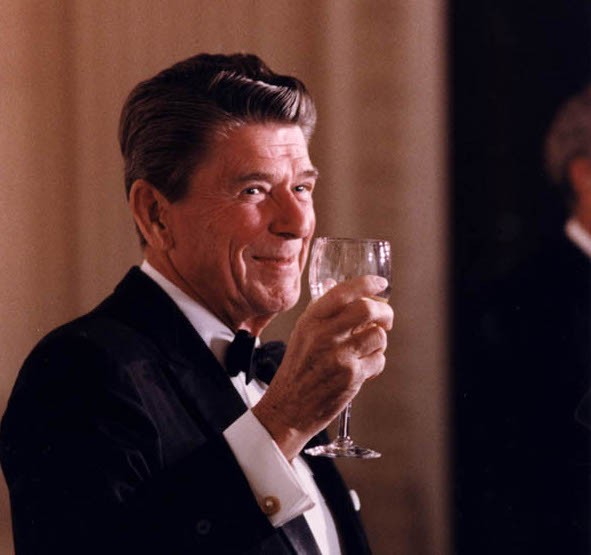 President Ronald Reagan's tax and spending cuts of the 1980s were disastrous for local communities.

What takes you back? Is it the Beatles' "I Want to Hold Your Hand"? The Challenger crash? The OJ Simpson trial? Whatever it is, and whatever your age, the tax plan that's just a whisper away from passing into law is one of the worst, most disastrous pieces of legislation you'll see in your lifetime.

This tax reform is the worst.

There are so many bad things about it - from the giveaways for private jets, to the outright lies surrounding the cutting of the corporate tax rate (which will not result in significant job creation), to the fact that the poorest Americans are likely to be left out of the expanded child tax credit.

But possibly the single worst thing about it is the cynical way that its supporters want to use it to create an excuse to gut Social Security, Medicare and Medicaid.

Depending on the analysis and on the details of the tax bill, this tax plan will create anything from about a $1 trillion to a $2 trillion increase in the national debt. If this seems strange coming from a bunch of former deficit hawks - well, it is. But only to a point.

That point comes when, faced with a newly inflated deficit of their own making, those deficit hawks announce that their next line of attack is to gut the programs that keep millions of Americans out of poverty: Social Security, Medicare, and Medicaid.

This is not hyopthetical. Senator (and former presidential candidate) Marco Rubio has said that after this tax plan, the next order of business is “structural changes to Social Security and Medicare for the future.” And Representative Paul Ryan recently said, "We've got a lot of work to do in cutting spending."

If the tax cuts for billionaires and corporations weren't bad enough to worsen rampant economic inequality, the next round of spending cuts will directly harm struggling Americans.

This Martin Luther King Day, Militarism, Racism and Poverty are Still With Us »