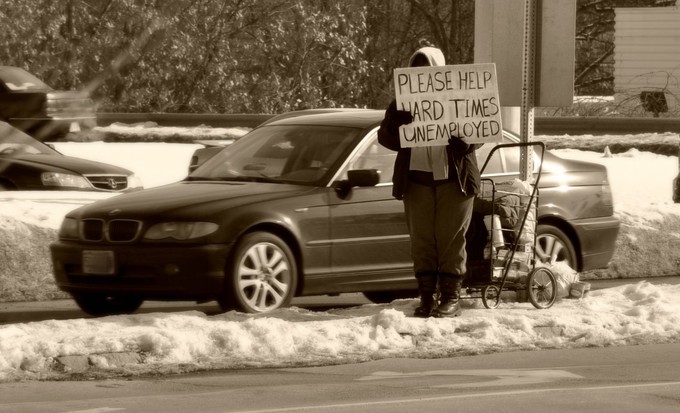 The radio caller, a retired corporate executive and self-professed Republican from Kentucky, made a surprising claim: corporate tax cuts won't lead to more investment in America.

His reasoning was simple: if corporate executives can make more money by investing, they'll invest. They won't back away from increased profits simply because they'd pay some taxes on those profits. Similarly, he said, his own son wouldn't choose to become a taxi driver instead of a doctor just to avoid paying taxes.

It makes all the sense in the world. Corporations exist for only one reason: to maximize profits. If they can increase profits by investing in America, and have the resources to do so, they'll do it.

Corporate tax cuts for job creation are the Nigerian prince scams of tax policy. They claim that if you just give them the money, you will be repaid tenfold! Neither one is what it appears to be. If a corporation can make higher profits with a smaller workforce and smaller costs - and they often can - then they will. As a recent op-ed and report by the Insitute for Policy Studies' Sarah Anderson makes clear, many corporations are choosing to do just that.

According to that report, corporations like AT&T have paid as little as 8 or 9 percent in taxes, and yet have still cut American jobs. And AT&T is not unusual: the 92 most consistently profitable, tax-dodging firms had lower job growth than the private sector overall. If paying lower taxes led to job creation, you'd expect the opposite.

The answer to providing the jobs Americans need doesn't lie in making life a bit sweeter for our biggest corporations. There is no Nigerian prince. The solution to job creation instead lies in shared, public investment in real American needs: infrastructure; energy independence and renewable energy; education; and health care.

The choices are clear.  Proposals from some members of Congress, like the People's Budget, provide real job growth proposals and a tax code that requires everyone to pay their fair share. That's how to put America to work.

« Announcing our new partnership with the Institute for Policy Studies: A Letter to NPP Supporters from Executive Director Nora Ranney

The War in Afghanistan Just Might End Someday: Senate Votes on Authorization to Use Military Force »