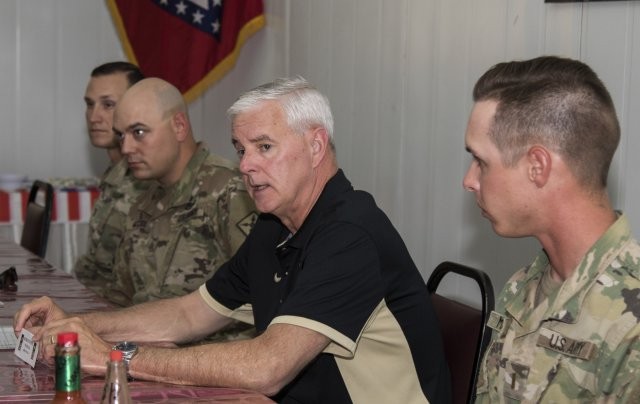 This week the House majority released their budget blueprint for fiscal year 2019, which begins October 1. The proposal has no force of law, and many of provisions may never be introduced for consideration, let alone pass the House and Senate and become law. But the blueprint shows the congressional majority’s intentions and values for governing our country.

This budget calls for cuts to mandatory spending programs like Medicare, Social Security and Medicaid in the amount of $5.4 trillion over the next ten years. It specifies that these are the minimum cuts allowed, and that actual cuts could be even deeper. And it calls for the use of a process called reconciliation that allows budget legislation to pass the Senate with only a simple majority, rather than 60 votes, to achieve many of the cuts.

The budget blueprint follows the Bipartisan Budget Act of 2018, the deal that Republicans and Democrats worked out in the spring of 2018 to set levels for discretionary funding through fiscal year 2019 and keep government running. That deal funded the military at a level of $716 billion ($647 billion plus $69 billion in war funding) and non-military at $597 billion in 2019. The blueprint maintains these funding levels for its first year.

The budget includes the president’s roster of drastic cuts to domestic spending, for a total of $15 billion in cuts or program eliminations, including cuts to the Children’s Health Insurance Program, Environmental Protection Agency, the Federal Highway Administration, International Disaster Assistance, and watershed and flood prevention, among many others.

The GOP report includes a stark chart showing well over $100 billion annually in “improper payments” by government, citing a report from the nonpartisan Government Accountability Office.

The GAO report also noted that the Department of Defense had excused itself from this exercise, citing an inability to “ensure that all payments….were captured for review.”This is an astounding oversight considering that the Pentagon pays out well over $300 billion in contracts every year, and even though each year the government hits DoD’s aerospace and military contractors with millions in finesfor accounting fraud and deficiencies and false claims. Agencies with better reporting are therefore more subject to cuts than the Pentagon, which for 25 years has failed to complete a single agency audit.

Medicare’s eventual funding problems are real. By the year 2027, its savings (actually trust funds) and the taxes we pay each year won’t be enough to cover the program’s costs.

The GOP budget addresses this problem by cutting costs and by partially privatizing Medicare. While the GOP report carefully avoids explaining just how and where savings would be achieved, the Medicare Board of Trustees notes that fixing Medicare’s payment structure through cuts alone would require an immediate, 17 percent cut. The same report also notes that the Medicare shortfall could be addressed by raising Medicare taxes from 2.9 percent to 3.7 percent(page 29). The same thing could be achieved by any combination of progressive tax increases that would achieve the same revenues.

The GOP reserves its more extreme cuts for Medicaid, whose recipients are explicitly lower-income and struggling Americans. The GOP’s harsh measures for the program include capping Medicaid costs at a lower level, instituting work requirements for Medicaid recipients (most of whom already work), and again focusing on “improper payments.”

Despite the president’s singular focus on immigration and near wall-to-wall coverage of the family separation crisis for which the president bears full responsibility, the GOP budget blueprint does not so much as mention the word “immigration.” There are no references to border walls or security, to deportations or detainment, or to reuniting families torn apart by the administration’s policies.

The only related mention is a plan to use the byzantine budget process of “reconciliation” to force $3 billion in cuts to the Department of Homeland Security, which houses both Immigration and Customs Enforcement (ICE) and Customs and Border Protection, as well as the Federal Emergency Management Agency and other agencies. The GOP budget does not specify where the DHS cuts will occur, nor whether there will be increases to other DHS programs or agencies.

« Diplomacy is Better Than War in North Korea