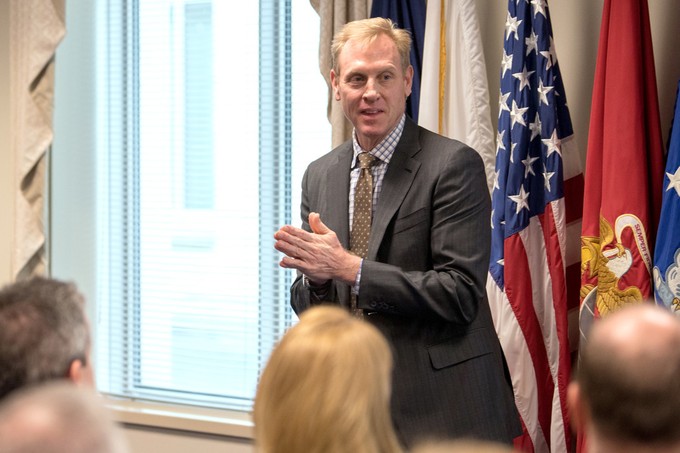 Asking for more money is not a good look for the Pentagon right now. But that’s just what a national security commission did last week, the day before the Pentagon announced that it had completed – and failed – its first-ever audit.

A report issued by the National Defense Strategy Commission on Wednesday called for annual increases of 3-5 percent in the Pentagon budget. That could result in a Pentagon budget of nearly $1 trillion in 2024, up from about $700 billion today.

The next day, the Pentagon released the results of its first-ever audit, nearly 30 years in the making: it failed.

Major federal agencies were required to undergo audits by a 1990 law. Since then, every major federal agency had done so, except the Department of Defense. That changed last week when the Pentagon announced that it had failed its first-ever audit.

The failure was no surprise to Pentagon officials or anyone who’s been watching for the last nearly 30 years. Deputy Defense Secretary Patrick Shanahan told reporters at the audit release, “We failed the audit. We never expected to pass it.”

While the current Pentagon budget is $670 billion, the total asset value of the Pentagon is much higher - $2.7 trillion in 2018. The majority of these assets are Pentagon properties, including land, buildings, equipment, weapons and other property.

Most organizations must undertake an audit, and pass it. Chances are, your local food bank passing out Thanksgiving staples this week passes an audit every year. You wouldn’t knowingly support any organization that failed its only audit. But if you pay taxes, you support the Pentagon.

So, what about that suggestion that the Pentagon deserves a raise? The report commission threatened that if Congress didn’t pony up, it would require the U.S. to “alter the expectation of U.S. defense strategy and our global strategic objectives.”

That’s a long-term goal, though. For the time being, maybe the Pentagon should just make sure it knows where its money is going before it asks for more.