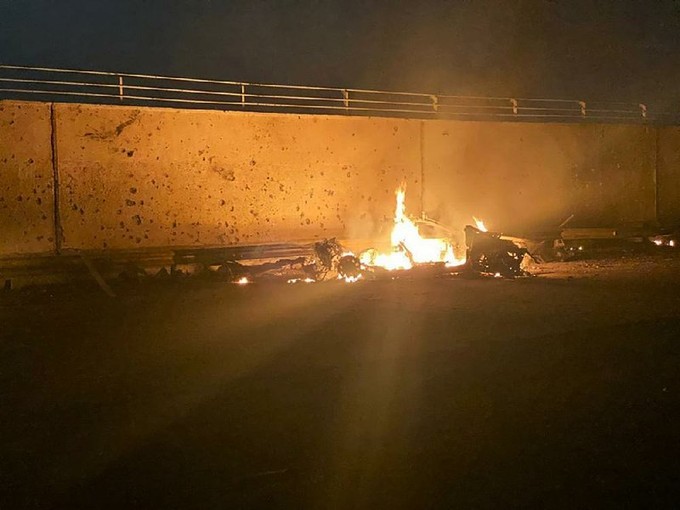 Ruins of a previous U.S. airstrike. Photo courtesy of AP.

The U.S. airstrike in Syria this week signaled an outrageous continuation of a military strategy that puts innocent lives at risk, and considers itself above the law. It’s the same strategy that has kept the U.S. at war for nearly two decades, at a cost of $6.4 trillion and counting. It's a strategy from which President Biden should make a clean break.

The most recent airstrike was the latest in a long, long string of similar attacks. As with previous airstrikes, the U.S. has no legal basis for an airstrike against Syria. The attack on U.S. soldiers for which the strike was supposedly a response didn’t even happen in Syria. It happened in Iraq. And, had the U.S. withdrawn from Iraq in keeping with a vote by the Iraqi parliament, that attack wouldn’t have happened, either.

The strike also imperils the chances of rejoining the Iran nuclear deal negotiated under President Obama and reneged by President Trump. As recently as yesterday afternoon, the prospects of the U.S. rejoining the Iran Deal on nuclear weapons with looked increasingly promising. The Biden administration had announced a couple of personnel decisions that suggested an intent to rejoin the deal, had declared openness to talks, and had risked the ire of Saudi Arabia, a longtime U.S. ally against Iran, by releasing a report on the murder of journalist Jamal Khashoggi. The Syria strike, aimed at supposed Iran-allied militia forces, gives Iran another reason to mistrust the U.S.

It’s time for a different foreign policy that respects the rule of law, respects the sovereignty of other nations, and respects human life in all nations. And, coincidentally, a foreign policy that would allow the U.S. to turn resources currently fueling conflicts around the world to desperately needed help for people struggling right here in the United States.

« Returning to the Paris Agreement is a Start, Now We Need New Internationalism on Climate

Bombing Syria vs. Raising Wages: When Do the Rules Apply? »