The Pentagon doesn't need more money. These things do. 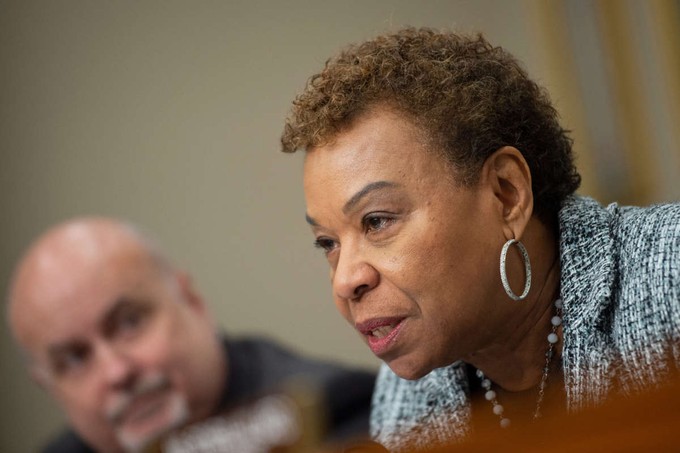 Rep. Barbara Lee speaks with Rep. Mark Pocan in the background. The two representatives are sponsoring a pair of amendment to cut Pentagon spending. Photo by CQ-Roll Call.

As the House of Representatives hurtles toward a $850 billion Pentagon and war budget, a few voices of sanity have arisen (again) to suggest a better alternative: what if, instead of endlessly increasing the Pentagon budget to the detriment of everything else we hold dear, we asked the Pentagon to make choices and shifted some of that funding toward real needs?

Representatives Barbara Lee and Mark Pocan have introduced an amendment to the National Defense Authorization Act, expected to come up for consideration by the House next week, that would cut $100 billion from the Pentagon budget relative to the current level. They point to a recent Congressional Budget Office study that found three ways to cut $100 billion from the Pentagon - without even changing the current national security strategy. A badly needed strategy update could allow even deeper cuts.

A second amendment filed by Lee and Pocan would simply reverse the $37 billion in added Pentagon spending that the House Armed Services Committee overwhelmingly approved - in other words, it would reject giving the Pentagon more money for ships, planes and other projects that the Pentagon itself didn't ask for and doesn't need. Secretary of Defense Lloyd Austin has said that the original Pentagon request - a doozy at $813 billion - was "a very healthy budget." Short of making significant cuts to the Pentagon budget, the amendment gives moderates in Congress an opportunity to vote for even a small semblance of responsibility in Pentagon spending while supporting the Pentagon's own budget.

Either of these amendments could have outsize effects on urgent needs if funding were reinvested. Here are five things that each amendment's cuts could pay for:

A $100 billion Pentagon cut could pay for:

A $37 billion Pentagon savings could pay for:

Even $100 billion is actually a modest cut when it comes to the Pentagon. We could cut much more and end up even safer. But when that $37 billion or $100 billion can do so much good elsewhere, it's unacceptable to put it in the Pentagon.

Police Violence is Gun Violence Too »