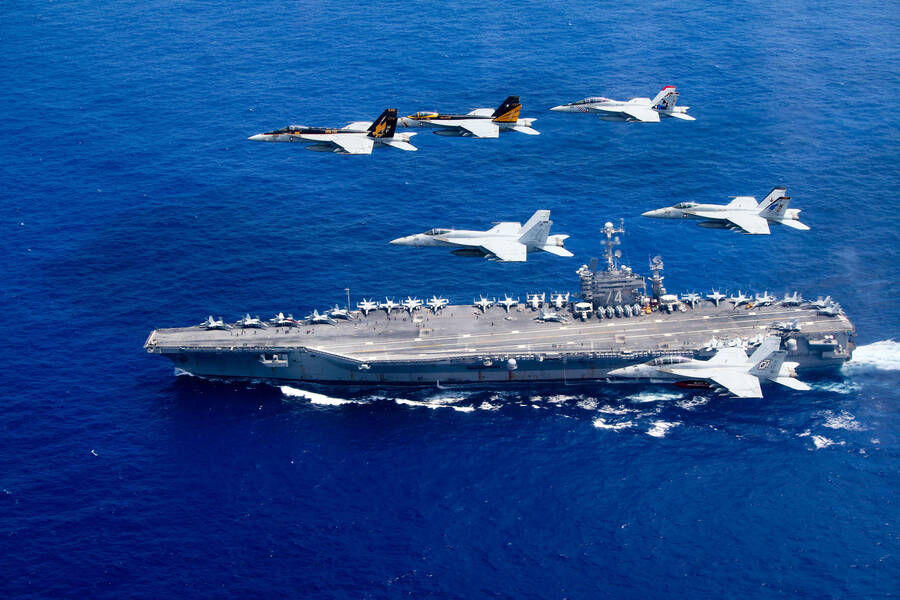 Draft text of the congressional omnibus spending bill released this week reveals a proposed $25 million increase in funding to the National Labor Relations Board, which would bring the agency’s 2023 federal fiscal year budget to $299 million. Its funding has otherwise been frozen at $274 million for the past nine years; when inflation is taken into account, this effectively amounts to a budget decrease of 25% since 2014, according to calculations cited in an NLRB news release.

The proposed hike is well below what leaders from unions like Communications Workers of America and Unite Here have been calling for, and falls short of the (already meager) $319 million President Joe Biden requested.

Any failure to robustly fund the NLRB hurts workers’ attempts to win formal union recognition and protect their basic rights, a key reason why anti-union lawmakers have kept the NLRB’s budget slim. Union representation petitions were up 53% in the 2022 fiscal year, and unfair labor practice charges spiked 19%, according to the NLRB. Meanwhile, the proposed budget increase — at just 9% — is not a meaningful raise above the current rate of inflation.

Let’s dig into what the NLRB actually does. The NLRB is the agency that interprets and enforces labor law for most U.S. workers, unions and employers in the private sector (companies, corporations, nonprofits and other, non-government businesses). The NLRB performs essential functions under U.S. labor law in support of the union-organizing process. Workers petition the NLRB when they want to hold an election in their workplace for union representation by submitting signed membership cards. The NLRB then verifies the accuracy of those cards, and it determines the ​“appropriate bargaining unit” (the specific pool of workers who can participate in the representation election and, if a union is certified, would be represented by the union and covered by the union’s contract with the employer) prior to each election. The agency then holds representation elections for workers to decide whether they want a union to represent them. If a majority of workers vote in favor of union representation, the NLRB certifies the union as the exclusive representative of that group of workers, and it legally compels the employer to begin negotiating with the union.

Studies have shown that delay at any stage of this process — but especially between filing the petition and the election, when unions and employers are openly campaigning for or against the union — benefits employers. Every day that passes during this period gives employers more time to exert pressure on workers to vote against the union, which we know not uncommonly includes illegal threats and intimidation (see: Starbucks and Amazon worker-organizers who have been fired). With a massive wave in new union organizing, an understaffed NLRB may not be able to hold representation elections in a timely manner.

The NLRB also adjudicates disputes between unions and employers and enforces labor law. When workers or unions believe their rights have been violated by an employer under labor law, they can file an unfair labor practice charge with the NLRB. NLRB field staff investigate these charges to determine if they have merit, and if they do, NLRB attorneys represent unions and workers in pursuing legal action against employers. Unfair labor practices are often very time-sensitive — for example, when an employer is illegally interfering in a union organizing campaign, or when they illegally fire an employee for organizing at work.

To understand just how starved the NLRB’s budget actually is, it can be helpful to compare the agency with another federally funded entity: the U.S. military apparatus. Mainstream attitudes in Washington would likely posit that it is ridiculous to compare NLRB spending with ​“defense” spending, as the latter performs a vital, nonnegotiable service whose massive funding is a given and workers’ rights, on the other hand, are considered dispensable. Regardless, the comparison provides useful insights into the moral priorities of our political system.

Earlier in December, bipartisan members of Congress overwhelmingly passed an $858 billion military and weapons spending bill — the National Defense Authorization Act (NDAA) — now awaiting signature on Biden’s desk. That bill is a whopping $45 billion above what Biden requested (already a staggering number). That’s billion with a B, which means just the difference between what Biden proposed and what Congress granted for ​“defense” spending amounts to 150 times the entire proposed NLRB budget.

During the past nine years — since 2014 — that the NLRB’s funding has been frozen (effectively an annual budget cut, accounting for inflation), the war budget has been sky-high. In fact, adjusting for inflation, ​“defense” spending for fiscal year 2022 was 13% higher than it was during fiscal year 2014, according to calculations provided to Workday Magazine and In These Times by Lindsay Koshgarian, program director for the National Priorities Project, which researches the military budget. What these numbers mean is that, during the same nine years the NLRB’s funding was effectively cut 25%, ​“defense” spending was increasing 13%.

But percentage increases don’t capture the full picture, given how drastically different the size of the two budgets are. Since 2014, ​“defense” spending has increased a total of $252 billion, or $150 billion in inflation-adjusted dollars. The NLRB’s funding is minuscule in comparison. The ​“defense” increase alone (not adjusted for inflation), of $80 billion from 2022 to 2023, is 3,200 times the NLRB increase for 2023, assuming both of these budgets go through. Adjusted for inflation, the ​“defense” spending increase from 2022 to 2023 ($65 billion) is 217 times the entire 2023 NLRB budget.

The spending approved for 2023 includes $816.7 billion for the Department of Defense and $30.3 billion for ​“national security programs” under the purview of the Department of Energy. An important caveat: These numbers do not capture the overall ​“militarized budget,” as the National Priorities Project puts it. When Homeland Security, incarceration and law enforcement are considered, the dollar amount jumps much higher.

It’s completely legitimate to oppose this military and weapons spending in its own right; one does not have to compare Pentagon to NLRB funding to be incensed. According to the estimates of Stephen Semler, co-founder of the left-leaning research organization Security Policy Reform Institute, $452 billion of the 2023 ​“defense” bill funds will end up in the pockets of military contractors. The budget stipulates huge expenditures on weapons, including $32.6 billion for Navy ships and nuclear ​“modernization,” a euphemism for investment in nuclear weapons. It also continues the Pacific Deterrence Initiative, which further militarizes the Asia-Pacific region. Overall, these funds go toward entrenching and expanding a military apparatus that unleashes tremendous harm and violence across the world, from oppressive military bases to support for the Saudi-led war on Yemen to belligerent footing toward China.

But comparing the NLRB budget with war spending is useful, especially, because the juxtaposition offers insights into what lawmakers in Washington view as important. ​“For years, these budgets have acted as if there wasn’t room for this $25 million increase the NLRB is getting, which is minuscule, while the Pentagon is getting tens of billions more every year,” Koshgarian says. ​“Whether it’s protecting workers’ rights or nutrition programs or healthcare or Covid-19 spending, we hear we can’t afford these tiny incremental increases to make people’s lives better. But there is no end to the billions more the Pentagon gets.”

Biden, meanwhile, is squandering the opportunities provided by the leadership of Jennifer Abruzzo — his own appointed NLRB general counsel and the most aggressively pro-worker general counsel in recent memory — and undercutting his own stated commitment to workers’ rights — which he betrayed when he denied rail workers the right to strike — as long as he underfunds the agency.

The NLRB and the broader regime of U.S. labor and employment law are not, of course, perfect tools in the service of workers; both are deeply flawed. For example, when an employer commits an unfair labor practice against a worker, the NLRB cannot award punitive damages to the worker. The U.S. lags far behind other industrialized democracies in labor standards. However, there is no question that the NLRB should be fully funded so that it can fulfill its modestly protective mandate.

The negative consequences of underfunding are not theoretical. ​“We are stretched thin,” Noor Alam, an NLRB field attorney in Denver, recently told the Washington Post. ​“I have cases that I know are really important on union campaigns where lead organizers have been fired and [union] elections are pending, but I’ve been forced to put things that can’t wait on the back burner. Justice is being delayed.”

It is difficult to overstate these stakes. Around 160 million people have jobs in the United States. Each employer profoundly impacts the lives of the working people — jobs determine one’s ability to financially survive and obtain healthcare, and shape one’s basic sense of wellbeing and agency. In the United States, there’s no such thing as guaranteed democracy in the workplace. As the political philosopher Elizabeth Anderson has argued, ​“under U.S. law, employers are dictators of their workplaces.” Unions are a key counterweight to top-down control, precarity and low wages. Yet, even amid a wave of union momentum, union density is not great in relative historical terms, currently just a smidge above 10%. In a country where wage theft is rampant and inequality is stuck at high levels, the material protection of those workers fighting to build unions and organize for their rights has both direct and indirect consequences for millions.

We are talking about the U.S. workplace. Why on Earth is it a given that military spending should remain bloated while worker institutions shrivel?

Like the NDAA, the omnibus bill is commonly referred to as must-pass, and if the latter doesn’t go through by December 23, some government services might be disrupted. Meanwhile, countless workers are taking tremendous risks to mobilize in warehouses and meatpacking houses and kitchens and offices to unionize their workplaces, or to stand up against egregious abuses. And when they reach out for protection of their basic rights, they are met with a federal government that cares more about war-making than protecting the vulnerable, exploited and abused. The wide gap in proposed funding levels between the military apparatus and the NLRB gives us an opportunity to reflect on the moral content — and moral compass — of how public funds are used.

This article is a joint publication of In These Times and Workday Magazine, a non-profit newsroom devoted to holding the powerful accountable through the perspective of workers.